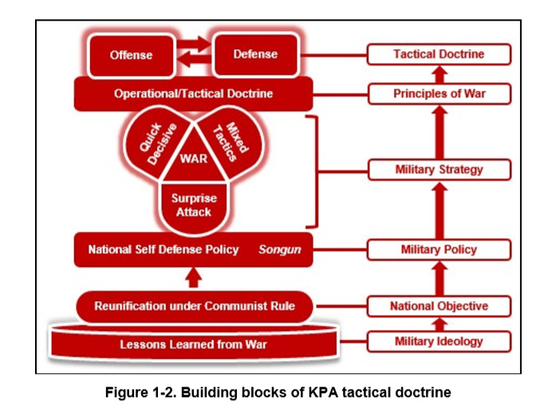 
North Korea has up to 60 nuclear weapons and is the third-largest possessor of chemical agents in the world with up to 5,000 tons of chemical weapons, according to a recent U.S. Defense Department report.

The July 24 report released by the U.S. Department of the Army Headquarters, “North Korean Tactics,” states that Pyongyang “possesses nuclear and chemical weapons, and it is highly likely that the country has also done research on biological weapons.”

The U.S. Army estimates that Pyongyang has 20 to 60 nuclear bombs, with the capability to produce six new devices each year. But it also notes that some studies estimated that North Korea could obtain as many as 100 nuclear warheads by 2020.

North Korea is also believed to possess between 2,500 to 5,000 tons of chemical weapons of approximately 20 different types, including highly toxic sarin and VX chemical agents, making it the third-largest possessor of chemical agents in the world.

North Korea’s biological agents could include anthrax, cholera, yellow fever, smallpox, typhus and typhoid fever. According to the report, North Korea possibly has weaponized anthrax or smallpox, which could be mounted on missiles for use against South Korean, Japanese or U.S. targets in the region. Only 1 kilogram (2.2 pounds) of anthrax could kill up to 50,000 people in Seoul.

The 332-page Pentagon report states, “By creating a viable nuclear bomb small enough to fit on an intermediate or long-range ballistic missile, North Korea believed that the potential for a nuclear war would prevent a potential attack on the country or a regime change aimed at the overthrow of the Kim family.”

The U.S. Army assesses that North Korea has three primary goals: for North Korean leader Kim Jong-un and his family to maintain their position of authority in the regime; for North Korea to remain an independent state free of outside interference; and the unification of the peninsula under the North Korean government.

It describes that the North views that when late Libyan leader Muammar Qaddafi gave up his nuclear weapons in 2003, “external powers intervened in Libya when the domestic revolts began in 2011,” and that the “Kim family does not want something similar to happen in North Korea.”

The accuracy of its missile systems is a “major limitation” for the North Korean People’s Army, but the report notes, “Nuclear and chemical weapons, however, do not have to be accurate to be effective.”

The report calls the Korean Peninsula “a location of strategic interest” for the United States due to its proximity to China, South Korea’s historical relationship with the United States over the past 70 years and the “booming South Korean economy that makes it an important U.S. trading partner.”

It states that North Korea “remains one of the United States’ most critical security challenges for many reasons.”

Some 1.2 million, or almost 5 percent of the total population of 25 million people, serve on active military duty in North Korea, and another 7.7 million serve in the reserve forces.

North Korea’s large military “is used as a tool to threaten its neighbors,” according to the report, which states that Pyongyang uses “limited military provocations to obtain diplomatic concessions at the negotiating table with South Korea, Japan, the United States and other countries.”

North Korea’s national military strategy supports “its national objectives by defending the Kim family’s rule and enabling the regime to conduct coercive diplomacy through the potential threat of nuclear weapons and computer warfare.”

There are over 6,000 hackers in Bureau 121, according to the report, operating in countries including Belarus, China, India, Malaysia and Russia. There are four sub-units: the Andariel Group which conducts reconnaissance and maps enemy networks for potential attacks; the Bluenoroff Group in charge of financial cybercrime; the Electronic Warfare Jamming Regiment, a Korean People’s Army jamming unit based in Pyongyang; and the Lazarus Group, whose mission is to create social chaos by weaponizing enemy network vulnerabilities. 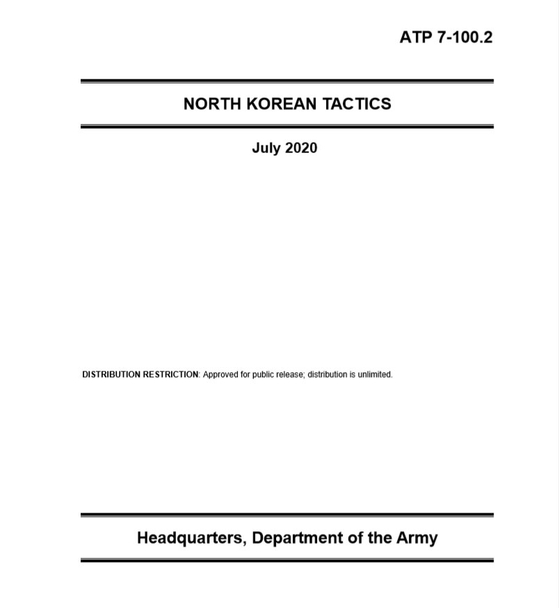 Latest missile from North goes farther than all others before