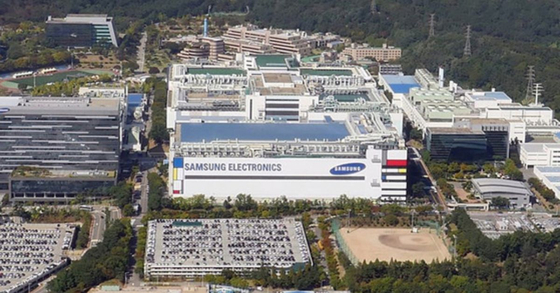 
Major companies are on high alert as novel coronavirus cases have been reported at some of their facilities.

According to Samsung Electronics on Friday, one office employee at its Giheung campus in Gyeonggi was confirmed to have been infected with the virus. The employee did not come to the office on Thursday after showing symptoms, including a high fever and a cough.

The company said that those who had been in close contact with the employee have been told to get tested. It said the building in which the employee worked in will be shut for disinfection.

It added that its LED production line will be not stopped as the employee was in the LED development department.

On Thursday, SK hynix reported one of its employees working at the company’s R&D center at its Icheon campus in Gyeonggi was confirmed to be infected with the novel coronavirus. The employee did not come to the office on Wednesday.

The company said several employees who worked in the same department and those who crossed paths with the employee have been isolated.

The building was closed for a day and then reopened.

LG Electronics has also been hit and was forced to closed its campus in Seoul. On Thursday, one of its employees at the R&D campus in Gasan-dong, southern Seoul, was confirmed with the virus.

The employee was tested after being in close contact with another person confirmed to have been infected.

LG Electronics said the campus will be shut down throughout the weekend. It also told the employees in close contact with the infected to work at home for two weeks regardless of their test results.

Also on Thursday, an employee at a Samsung Electronics call center in Jung district, central Seoul, was confirmed as having the virus.

According to the Korean government Friday, 324 new cases were identified on Thursday, of which 126 were in Seoul and 103 in Gyeonggi.