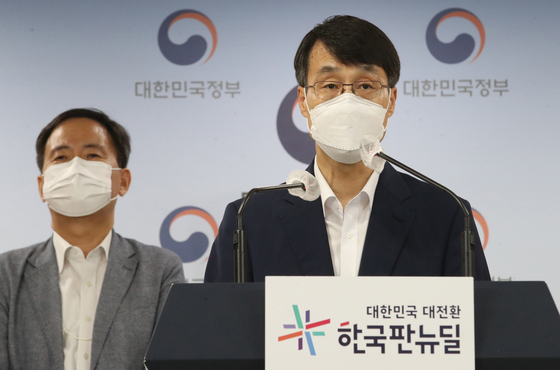 Choi Seong-yu, director of the youth policy bureau at the Ministry of Gender Equality and Family, vows to abolish the so-called game shutdown law by the end of this year on Wednesday at a briefing held at the Government Complex in central Seoul. [NEWS1]

A law that prohibits minors from playing games after midnight may soon be abolished as legislators from both the ruling party and the opposition have proposed bills that would end the restrictions and key ministries lobby for the passing of the bills by the National Assembly.

The Ministry of Gender Equality and Family is pushing for a revision to the Youth Protection Act — known as the "game shutdown law" — and is working with the Ministry of Culture, Sports and Tourism to come up with other ways to protect minors from game addiction, the two ministries said in a joint press briefing on Wednesday.

“Ten years have passed since the shutdown law was implemented, and a lot has changed during those years,” said Choi Seong-yu, director of the youth policy bureau at the gender ministry. “The gaming environment has changed, such as the growth of mobile games. There are also a variety of different media that minors can enjoy during the nighttime, leading us to come to the decision that the shutdown law must be abolished.”

The law only covers PC games. Implemented in 2011, the shutdown law — or Article 26 of the Youth Protection Act — mandates that online computer games ban children younger than 16 from logging on between 12 a.m. and 6 a.m. The aim was to forcibly prevent teenagers from late-night gaming — an activity seen by the ministry as causing sleep deprivation, health damage and potentially game addiction.

“There are currently three bills on amending the Youth Protection Act that are awaiting a decision from the National Assembly,” said Choi. “The government will fully support abolishment discussions to take place at the National Assembly while also forming an alliance with related bodies to protect the youth.” 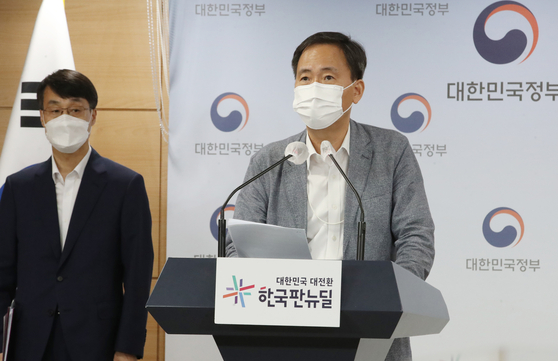 Kim Young-soo, director of the content policy bureau at the Ministry of Culture, Sports and Tourism, explains the government's reasons for pushing for the abolishment of the ″game shutdown law″ on Wednesday at a briefing held at the Government Complex in central Seoul. [NEWS1]


The ministry proposes to keep the “selective shutdown” part of the act. This refers to the clause in the Game Industry Promotion Act that allows parents of under-age gamers to ask gaming companies to disable their children’s accounts during certain hours.

“We will raise the awareness of the selective shutdown law and make it easier for minors and their parents to use,” said Kim Young-soo, director of the content policy bureau at the culture ministry. “We will also educate the guardians and educators of minors on game literacy so that they can properly communicate with minors on gaming. If a minor is found to be overly engaged in games, we will also help them recover and return to their daily lives.”

The Ministry of Education will cooperate to teach children how to play games without becoming addicted. Game addiction is dealt with during ethics classes at schools, but a revision will be made in the school curriculum so that children are taught in more detail what game addiction is and how it can be prevented.

“We are aware that if people do not understand what games are, then they can have the wrong idea of what the abolishment of the shutdown law would mean,” said Jung Yoon-jae, head of the ministry’s game content industry division. “So we will go beyond just educating students on how not to become addicted, but making sure that people from all parts of the society will understand what the game culture is.”