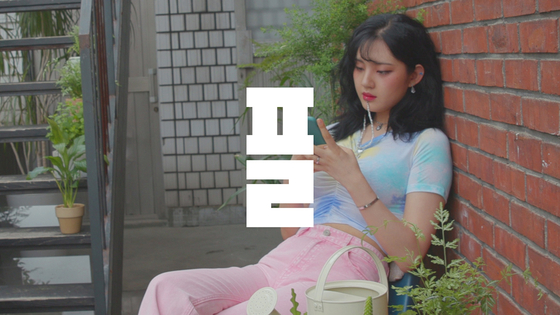 A scene from a commercial released on the "PL official" YouTube channel, which is a subsidiary channel managed by LG U+ to interact with millennials and Gen Zers. [LG U+]


Big corporations are trying hard to be cool these days to appeal to younger consumers, doing everything from guerrilla marketing to organizational chart flipping. They are taking on the delicate challenge of marketing to those who don't like to be marketed to.

Early this month, LG U+ revealed that PL was a promotion managed by the telecom company, saying it targets Generation Zers, those born between 1996 and 2012.

“We are launching a campaign that will open channels of communication for freely discussing interests of Generation Z on the PL platforms,” said LG U+ on Wednesday.

The videos, with the shaky-cam effect and the requisite goateed hipster, generated mixed reviews online from the target audience.

On Aug. 27, SK Telecom is hosting an event called "Sunbae Fair," where seven well-known professional figures from different professions, ranging from publishing to software development, will be connected with participants in their 20s seeking mentors.

The company’s blog said a maximum of 10 people will be selected for each mentor, for a total of 70 participants in their 20s. Applications will be accepted through Sunday.

SK Telecom said the event will be held in an untact, or no-contact, environment, using the company's “MeetUs” video call service.

On Instagram, KT seeks to communicate with the younger people with posts that feature the brand’s animated characters and narratives developed for those in their 20s.

SK Telecom has formed a junior board of 38 employees aged between 24 and 37. They can serve as members for three years maximum. Through this initiative, the company aims to use their ideas in the development of products and services.

“Consumers of our services are the MZ generation, but why do older people have the final say? If the junior board says ‘no,’ it is a ‘no',” said Park Jung-ho, president of SK Telecom, using the term MZ for Millennial-Generation Z.

KT has been running this type of a committee since 2001. It's called the blue board and has 30 employees in their 20s and 30s. Genie Music CEO Cho Hoon is a blue board alumnus.

KT recently formed the “Y Culture Team” to integrate younger voices into decision-making. The average age of the team members is 29 years old, and their main task is to direct programs for effective communication between KT’s management and labor.

Since last year, LG U+ has run a program where younger employees coach executives in their 50s on the characteristics and interests of younger people.

“We created this mentoring program with an understanding that leaders must understand new employees who were born in the 1990s because they are both the core consumers of our future 5G products and innovations and leaders of the company,” said Yang Hyo-seok, the managing director and head of human resources at LG U+.

The investment of time and effort into marketing to younger people is all about following the money in the long term.

“Although people in the MZ generation have a high demand for telecommunications services, they are not yet fully financially independent,” said Ahn Jae-min, a research analyst at NH Securities. “They have a huge potential, however, so these marketing campaigns are long-term investments to acquire future customers.”

“Young people most proactively seek and enjoy the core content, including IPTV, OTT services and games. They also serve as important test beds for product development,” said an industry expert.

Young are worse off than generations before them