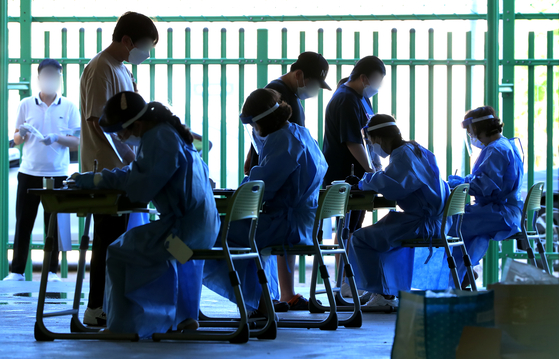 Is Covid-19 under control or spreading? Korea is at a crossroads. The number of confirmed cases exceeded 100 on Aug. 13, and by Aug. 20, over 300 people were diagnosed as positive. Unlike the Shincheonji Church mass outbreak in Daegu, cases are confirmed nationwide. The disease control that the government once took pride in is on the edge.

Virus and disease control is a fight between a spear and a shield. As a virus is moving in an unpredictable manner, it has an advantage from the beginning. But the shield humans have is shabby. Without vaccines and treatment, all people can do is keep social distancing and wearing masks. By mid-August, the virus was spreading faster, posing a considerable impact on the economy. Human traffic in downtown Seoul decreased noticeably.

The process of shattering social balance has long been of interest to scholars. The tipping point is a notable concept. University of Chicago Professor Morton Grodzins first used the term to explain the racial discord in downtown areas in the late 1950s.

Professor Grodzins argued that white families move out en masse when the percentage of black families exceeds a certain percentage in the neighborhood, and that there was a tipping point everyone could agree on. In the northeastern United States, white families left when black families reached 20 percent of the total population in their neighborhood. There exists a certain point that a tendency becomes a general trend and can not be reverted.

There is a certain tipping point for the spread of a virus through the human network. During the swine flu outbreak in 2009, cases through community infection nearly doubled. Korea University Professor Choi Won-seok wrote in “Policy Evaluation on the 2009 Swine Influenza Outbreak” that the government elevated the national epidemic crisis level from alert to serious at the climax of the outbreak when the number of patients peaked, the number of patients exploded and medical institutions were over capacity.

For the Middle East respiratory syndrome (MERS) outbreak in 2015, medical institutions like Samsung Medical Center served as a tipping point. Has Covid-19, which first spread to Korea in January, passed that tipping point? The anguish of disease control authorities only deepens.