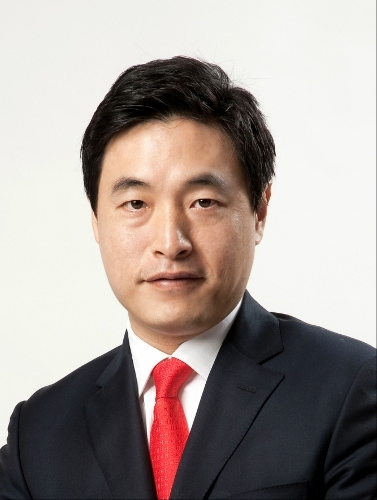 
A family feud looms large over Hankook Tire & Technology, Korea’s largest tire manufacturer, after the patriarch of the owner family handed his entire stake in the unit’s holding company to Cho Hyun-bum, his second son.

The eldest son, Cho Hyun-sik, vice chairman of the holdings unit Hankook Technology Group, lashed out at the decision on Tuesday, raising doubts over the health condition of his father, Chairman Cho Yang-rai.

“People surrounding the chairman have raised questions over his health, and therefore concerns over the future of the group also arose,” said a legal representative of the vice chairman in a statement.

“Vice Chairman Cho Hyun-sik strongly doubts that the latest decisions made by the chairman are based on facts from the people close to him.”

Cho Hyun-sik added that he will join a lawsuit lodged by his sister Cho Hee-kyung, the eldest daughter of the chairman, to determine the legal guardianship of the chairman with the assumption that the 82-year-old chairman is not in a fit state to make rational decisions.

Cho Hee-kyung, who heads the Hankook Tire Welfare Center, cited the need to verify whether the stock transfer decision was made with rational reasoning as the reason for the lawsuit filed in July.

Back in June, Chairman Cho announced that he has passed his 23.59 percent stake in Hankook Technology to Cho Hyun-bum, CEO of Hankook Tire and the chairman's second son, making him the biggest shareholder of the holdings unit with a 42.9 percent share.

Hankook Technology owns the largest stake in Hankook Tire, with 30.67 percent, according to an electronic disclosure system provided by the Financial Supervisory Service.

In transferring the controlling stake, the chairman said that he has thought of his second son as his successor for a long time, denying health concerns.

“I have no idea about what brought her here [to file a lawsuit],” the chairman said in a statement. “Over the course of 15 years, Cho Hyun-bum took over management and has a good track record that helped grow the company.”

“Thinking that he shows great capability, I set my mind a long time ago to make him the biggest shareholder.”

The transferred stock is worth around 300 billion won ($253 million).

The chairman's second daughter Cho Hee-won, who holds a 10.82 percent share of the holding company, is yet to voice her opinion on the stock transfer.

Even if Cho Hee-won sides with the eldest son and daughter, their combined share will be 30.97 percent, far lower than Cho Hyun-bum’s 42.9 percent.