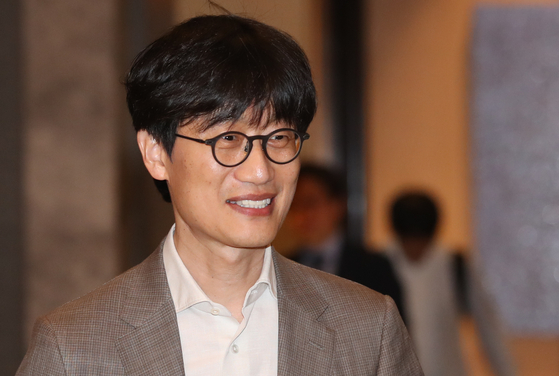 
Naver founder Lee Hae-jin will serve as the first chairman of the board of A Holdings, a joint venture between the Korean company and Japanese conglomerate SoftBank.

Lee has been serving as Naver’s Global Investment Officer focusing on overseas business opportunities, after resigning as the portal site’s chairman of the board in 2017.

According to a Line Corporation public filing earlier this month, Lee will be one of five directors at A Holdings, alongside Line Corporation’s Chief Finance Officer (CFO) Hwang In-joon, SoftBank CEO Ken Miyauchi and CFO Kazuhiko Fujihara. The final member will be appointed by SoftBank with Naver’s approval.

While Lee and Miyauchi are both representative directors of this board, Lee took on the position of chairman and Miyauchi the role of A Holdings’ president.

Naver and SoftBank will each hold a 50 percent stake in the joint venture, which will be the largest shareholder of Z Holdings, the parent company of Yahoo Japan. Line, Japan’s largest messenger app, will also become a subsidiary of Z Holdings. Naver currently holds a 73 percent stake in Line.

The merger will make Z Holdings, and its parent company A Holdings, the largest IT operator in Japan with businesses including mobile messaging, portals, e-commerce and fintech — an area where Line and Yahoo Japan were competing before joining forces.


The purpose of the joint venture, SoftBank explained, was to fight international firms in the internet market which on a global scale is overwhelmingly dominated by companies outside of Asia.

The business integration is expected to be finalized around March 2021.

When the deal was announced in November 2019, the original schedule was to complete business integration in October. The procedure was delayed, Z Holdings said in a recent statement, as antitrust reviews were held up around the world.