Cities of the future contemplate transportation of the past

Cities of the future contemplate transportation of the past 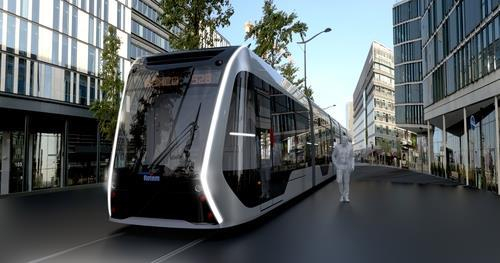 
Trams may be back, after a half-century-plus hiatus.

The Ministry of Land, Infrastructure and Transport announced Tuesday guidelines for the planning and design of tram routes in a bid to help more cities introduce a public transportation system that was once seen as key infrastructure for transforming Seoul into a modern metropolis.

Oftentimes referred to as trolleys, trams are rail vehicles that run on tracks on or along urban streets. It is common method of public transportation in more than 389 cities in North America and Europe, according to data from the International Association of Public Transport (UITP).

In Asia, historic trams still run in Hong Kong, Changchun, China, and Kolkata, India, as well as in a number of cities in Japan, including Sapporo, Tokyo and Kyoto. Modern tramways have been developed throughout the region.

The ministry said it consulted with relevant institutions, such as the Korea Railroad Research Institute, KoRoad, regional governments and professionals for the past two years to come up with the details.

The government plans to speed up the introduction of trams.

It has already revised three laws related to public transportation and railways to provide legal grounds for the tram system. Currently, five areas including Seoul, Busan, Daejeon, and Gyeonggi plan to introduce trams.

“To successfully introduce trams in cities, meticulous planning especially in terms of tram routes, is key. We hope our guidelines will provide huge help in the planning process,” said Ji Jong-cheol, an official at the ministry’s territorial and urban development office.

The guidelines will be distributed to local governments planning to introduce the systems. The ministry will open the discussion to the public through its official website.

Trams returning to the streets of Korea will not be anything like those that once plied local routes.

Some cities are planning to introduce greener trams. The Ulsan City government said in July it plans to have hydrogen-fueled trams developed by Hyundai Rotem from 2027 at the earliest.

[LIFEHACKS] Find your way around Seoul on the subway