Fertility rate falls to yet another low in 2019

Fertility rate falls to yet another low in 2019 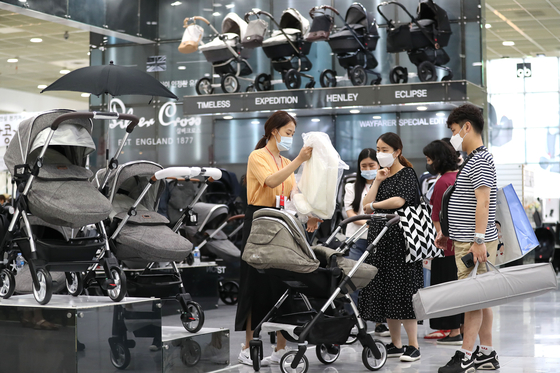 It is the second year ever in which the rate was below 1, the level at which the average woman between the age of 15 and 49 will have only one child.

Statistics Korea on Wednesday reported the number, which has been compiled every year since 1970.

Korea is at the bottom in terms of the fertility rate among the Organisation for Economic Cooperation and Development (OECD) countries. The average fertility rate of the member states in 2018 was 1.63.

Korea is far below the OECD country next on the list, which is Spain, at 1.26. Even Japan is higher than Korea, at 1.42.

With the population continuing to shrink, government policy is in the spotlight. The budget targeting low fertility has been increasing on average 21.1 percent every year since 2011.

Statistics Korea earlier estimated that the productive population aged between 15 and 64 will shrink to half of the current level by 2060.