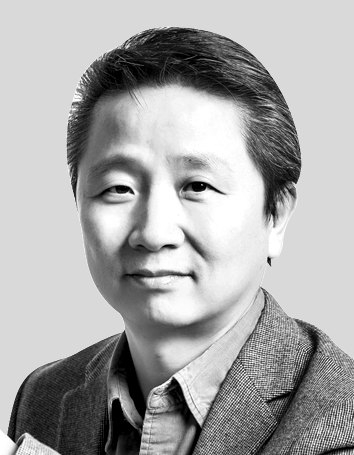 Yoo Gyeong-joon headed Statistics Korea from 2015 to 2017 under President Park Geun-hye and for a few months under President Moon Jae-in. He lost favor with the presidential office as he stood firm against compromising data to make the government look good.

Yoo was hardheaded when it came to statistics. He refuted any questionable data he came across in the Moon Jae-in administration. He published a correction when Jang Ha-sung, former policy chief of Moon, misquoted income data from the statistics office soon after Moon was inaugurated in May 2017. He did not withdraw the statement despite pressure from the Blue House. He was replaced in July.

Still, he went on with publications and interviews with the media when he discovered flaws in employment and income data cited by government officials. The main opposition United Future Party (UFP) recruited him and he was elected to represent a district in Gangnam in Seoul in the April 15 parliamentary elections.

Yoo believes numbers are “sacred.” Last weekend, he corrected Walter Mebane, a professor of political science at the University of Michigan and an expert on detecting electoral frauds through statistics analysis. The American scholar published a report on discovering anomalies in the data in the April 15 general elections in Korea to suggest fraudulent manipulation. He questioned the validity of 1.38 million votes, or 9.6 percent of 14.34 million votes counted for candidates for the ruling Democratic Party. He concluded 27.9 percent were fraudulent in the early voting counts. The report ignited talk on the conservative front about potential election fraud. Anyone denying or questioning Mebane’s report was “betraying” the party or dubbed a leftist.


Yoo is undoubtedly the most knowledgeable person in statistics within the UFP. He is writing up a report to correct Mebane’s study. “The professor lacked understanding of the Korean electoral system. He factored in the turnout rate, which cannot be observed in early voting. If he had used a more accurate forensics test kit, the fraudulent vote count would have been significantly reduced,” Yoo said. He agreed with Mebane’s analysis model and methodology, yet pointed out inaccurate data input. “The general public cannot detect or understand the details. But I am an expert. I cannot stay silent,” he said.

Many of Yoo’s supporters have tried to talk him out of publishing a report. But he cannot “deny the truth in the numbers as the values of conservatives should be based on facts.” That comment is honorable for a scholar, but more of a problem for a politician. He was aware of the risk of a political backlash. But he could not turn a blind eye to an alleged distortion of data.

Yoo said his silence could bring about even greater risks in the future. Moreover, other follies related to the Moon administration — the allegations about Blue House meddling in the Ulsan mayoral election, presidential election, and political scandals implicated with bio company SillaJen and Lime Asset Management, to name a few — could be buried if he ignores data just because they would benefit the UFP. “There are too many truths to uncover, but they could be overshadowed by the allegation about the latest election,” he said.

Still, he sympathized with the rage within the party as there had been too many coincidental flaws in the election data and questionable vote counts by the National Election Commission, even without the Mebane report. “But emotions must not overwhelm truth,” he said.

A thorough investigation can explain the matter, he went on. There were a myriad of conspiracy theories over the Sewol ferry sinking. Even TV news reported on the theory that the ferry sank after colliding with a military submarine. The allegations were parsed over and over. The sunken ship was investigated after it was pulled out of the depths. The rumors over election fraud should be examined thoroughly so that questions do not arise in future elections, Yoon said. “We go after the truth in abnormalities for one reason — prevention of their repetition.”

When data is siloed, it’s useless