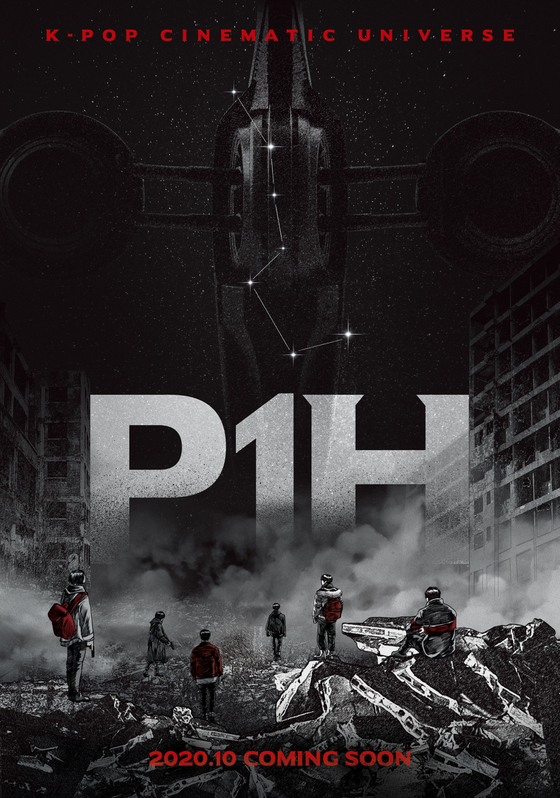 
FNC Entertainment announced that its K-pop film project "P1H: A New World Begins" (translated) will premiere in October, signaling the start of a cross-general blockbuster as well as a new boy band to rock the K-pop scene.

According to the agency, home to K-pop bands AOA, CNBlue, N.Flying and Rocket Punch, a new six-member boy band soon to debut will be featured in the film along with talented actors, in a sci-fi action flick written and directed by Director Chang.

The story of the movie takes place in a near future where a virus that amplifies people's violent tendencies and anger spreads and ruins the planet, and six boys that are spread out in different dimensions must come together to find a solution.

This is also the background story — often referred to as universe in K-pop — for the new boy band set to debut this autumn. The story will be reflected in all future narratives for the band, including the debut release.

"P1H" is the first film about the background story of a K-pop band, compared to other films that have been about the behind-the-scenes of bands and more documentaries.

"K-pop artists have their own background stories to base their music on, which are loved by people all around the world," said Director Chang, who has been behind hits like "Canola" (2016) and "The Target" (2014).

"Korean films are similar to K-pop in that they have both proved that our stories are the stories of everyone. I have always wanted to fuse the two genres together to unfold the K-pop narrative through film.

"I hope this film helps people better understand the story of the new boy band and for fans to be consoled deeper through their music."