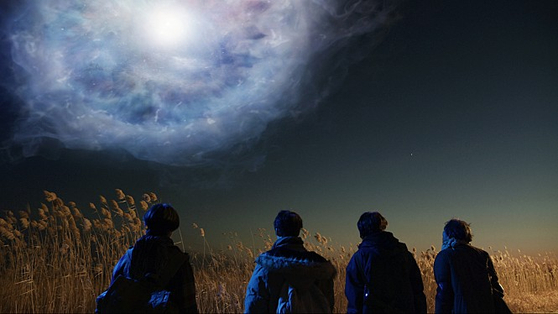 An image from the film "P1H: A New World Begins," where survivors of a virus-stricken future see the signs of a star. [FNC ENTERTAINMENT]


Amid the flood of new K-pop bands making their debut, rookies must use all means possible to stand out and make an impact on the public. From the catchiest of songs to never-before-seen concepts and TV shows that feature the journey to debut — agencies have mustered all their brainpower to make sure that their band’s entry into the industry does not go unnoticed. Now, FNC Entertainment is using a tactic to debut its new boy band P1Harmony that has never been seen before: a film.

“P1H: A New World Begins“ is set to hit local theaters next month on Oct. 8. It is the first-ever film to revolve around the background story — commonly referred to as universe, like the Marvel cinematic universe — of a K-pop idol band. There has been various content aimed at showing a band’s universe narrative, such as the “Save Me” webtoon series based on BTS that were released on Naver Webtoon last year, but never a full-length film. 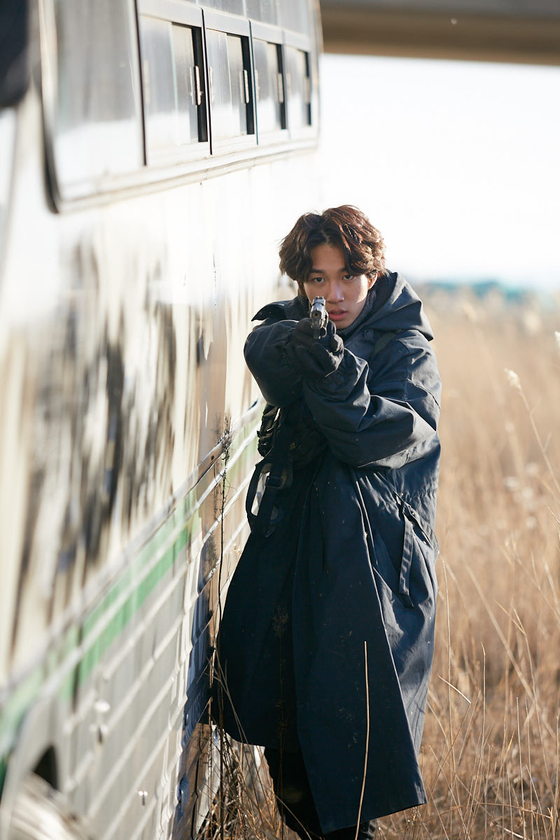 An image from the film "P1H: A New World Begins," where Theo flaunts his dexterity with guns while catching virus-spreading drones. [FNC ENTERTAINMENT]


Directed by Chang Gamdok, which means Director Chang and whose real name is Yoon Hong-seung, the film features the six members of P1Harmony. Theo, Jongseob, Intak, Jiung, Soul and Keeho are the children of hope in a world ruined by the Alcor Virus, which rids people of their reason and only leaves their most violent and aggressive behavior, leading them to attack each other until death. Drones that identify people by their voices roam the earth to infect people with the virus, and the members of P1H are the only hope there is to return the world to normal.

A word of advice before watching: This is only the beginning.

The film itself is like a cinematic introduction to the group’s debut, which means that the movie finishes in an open ending that leaves a lot of questions. The characters are spread out in three different times: Theo, Jongseob and Soul in the future after the virus has taken over; Jiung and Keeho in the past where the virus has yet to be developed; and Intak in the present 2020 where the virus has just began to spread in Korea. They each have special powers and abilities that will help save the world in different ways, but no one knows exactly how. 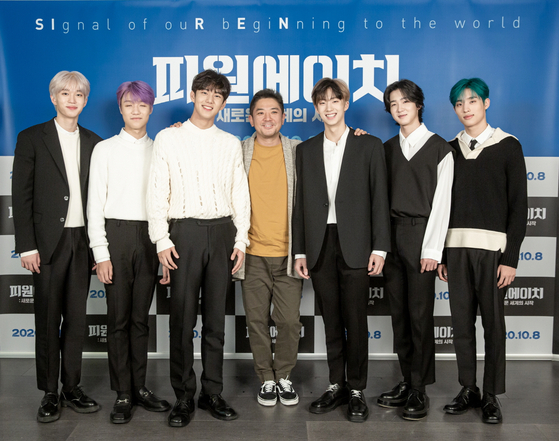 
According to Chang Gamdok, who co-wrote the script along with Heo A-reum, making a film wasn't always the plan. FNC Entertainment first planned to write a web novel of the universe, but changed the plan to producing a video series “to better show the talents of the members,” which is why Chang was offered the job.

“With every other film, we write the scenario and then cast the actors and get investment,” Chang told local press on Tuesday during an online press conference with the members of P1Harmony.

“But with this film, I had to start with the members and then come up with the story. This was so exciting, because it was a chance to think about how we would really expand the horizons of an idol group into cultural entertainers and watch them evolve. How can it be done and what story will allow that to happen? We started with the very basic questions and that was just such a fun experience.” 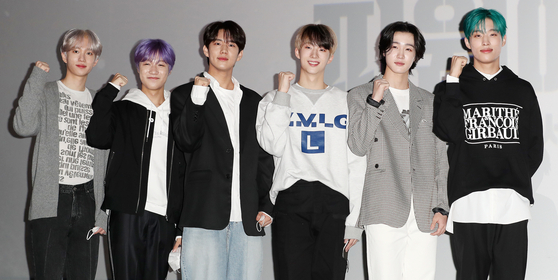 Members of P1Harmony pose for photos on Monday for the press preview for the movie "P1H: A New World Begins" at the Lotte Cinema Konkuk University branch in eastern Seoul. From left: Theo, Jongseob, Intak, Jiung, Soul and Keeho. [NEWS1]


To come up with the storyline, the director started by figuring out each member. They all gave him the results of their Myers-Briggs Type Indicator (MBTI) personality tests and held long interviews with Chang to help him figure out who they were and what characters they could portray. The characters thus turned out to be quite similar to the members in real life.

“I think, because the characters within the work are quite similar to who we are in real life, it will help us focus better on our music in the future, as well as showing the rest of the story within our universe and other ideas,” said Jiung. “Our work in the future will be organically related to the universe, so watching the film will allow people to predict the overall vibe of our debut album.” 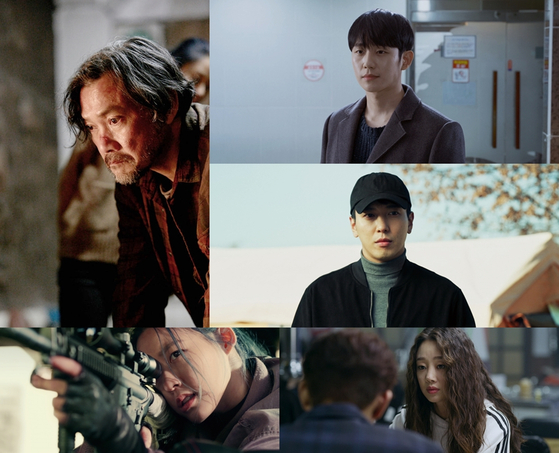 
The debut date for P1Harmony hasn’t been set yet, but it will be within October, according to FNC Entertainment. FNC is home to some of the biggest groups in K-pop, such as boy bands FT Island and CNBlue as well as girl group AOA, as well as some of the most prominent actors. For the film “P1H,” actors Jung Jin-young, Jung Yong-hwa, Kim Seol-hyun, Jung Hae-in and entertainer Yoo Jae-suk took part to add some extra star power to the cast.

The idea of a virus-stricken world coincides with the ongoing Covid-19 pandemic, but the film's concept was conceived before the outbreak. The members of P1Harmony still hope that everyone can cheer up during the hard times and wished that their upcoming film and music will help.

“In the film, the world loses peace and harmony because of the virus,” said Keeho. “But we come together as a team in order to bring that back. We wish to spread the message of hope through the film. We hope to bring energy and consolation to everyone going through hard times with our music and work.” 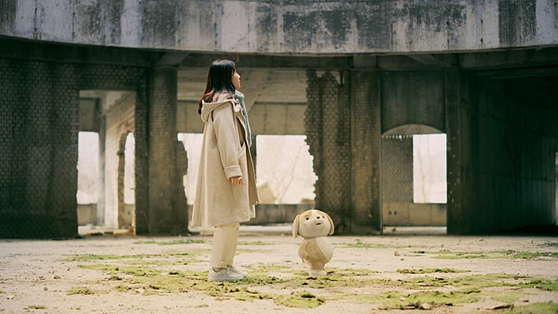 An image from the film "P1H: A New World Begins," where character Chaeyun reveals her special abilities. [FNC ENTERTAINMENT]


Aside from the members’ amateur acting skills and how only two female characters are given names despite the other female characters’ significance within the story, this never-before-seen promotional method is worth the watch. Not only does it leave a huge impact on the audience, but it also helps people memorize each of the members' names — which is often a problem for debuting K-pop bands. The film was initially planned as a series, and so sequels will definitely follow, according to Chang, who hoped that ensuing work will allow the audience to witness the members maturing over time.

“I think being the first is incredibly meaningful,” said Jiung. “We have always thought about novelty and sought to achieve it. I think this work has allowed us to do that, which made us so happy and excited while preparing for it. I think the film will be a large and fertile land for our future music to grow on. We feel nothing but happiness for the land that will allow us to grow the tree of our music.”