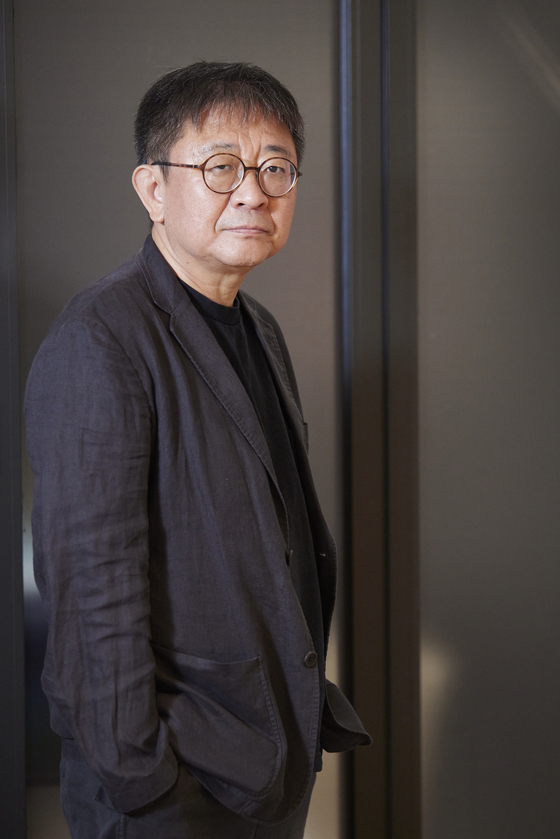 
Audiences who first see the film “Fukuoka” and aren’t familiar with director Zhang Lu’s films may leave their seats in confusion as the credits roll up.

The plot is simple enough. Je-moon, an owner of an old bookstore which no one ever visits anymore, goes on a trip to Fukuoka, Japan, with his only regular customer, So-dam, after her persistent requests. When they reach their destination, Je-moon comes to face Hae-hyo, who he was once best friends with in college, but the pair became enemies after they fell in love with the same girl. Despite years apart, they instantly begin to bicker once again from the very first moment they meet.

“In real life, I’ve seen so many relationships, or love, that didn’t end well,” the director said in a recent press interview in eastern Seoul. “People hide their feelings and they turn into hatred. I don’t know about people nowadays, but I think it was more common among the generation [born in the '80s] that Hae-hyo or Je-moon are living in. People need to lift themselves out of that vicious [cycle].”

Since the director thought these two men couldn’t possibly settle their differences by themselves, he added a third character, So-dam, to help the process along.

So-dam is what stimulates a fantastical element to the story. There are no words to describe her except to say that she is different from others. Although the trio roams around Fukuoka together, she comes and goes as she likes. Although she is there, she also feels like a ghost—a presence who doesn’t belong in the present. She also has the ability to communicate with people across races even though she doesn’t know their language.

The director seemed to have input what he personally wanted to say through So-dam. 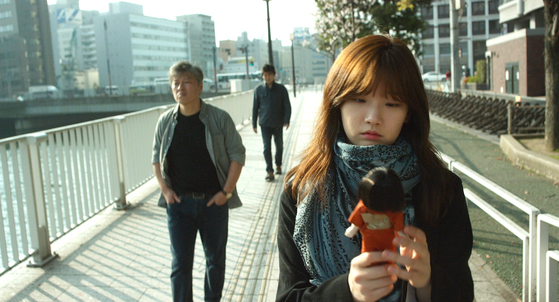 So-dam (played by Park So-dam) is a fantastical character in the story who is able to interact with people transcending culture and language, and who objectively tells Je-moon and Hae-hyo (played by Yoon Je-moon and Kwon Hae-hyo) that the two are "the same." [INDIESTORY] 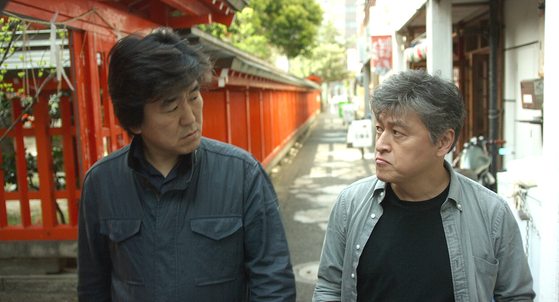 Je-moon, left, and Hae-hyo, once best friends, are now enemies after they loved the same girl 28 years ago. [INDIESTORY]


“Wouldn’t it be great if a world one day arrives in which people talk in their own dialect, language, and they are able to understand one another?” Zhang said. “In films, I can get people to do that, so I decided to try and [envision] what it would be like [if it were to happen]. Although So-dam is a fantastical character, I think that fantasy also belongs in the larger category of our reality. [Our] dreams and imagination influence our real lives, so they are, in a way, a piece of our reality.

“Even though we might think that a person is peculiar, when we really get to know that person, we are confused to distinguish who is the stranger one,” Zhang said. “Sometimes I get confused whether I belong in the group of ‘normal’ — some might say I’m not. But those ‘strange’ people attract my attention. When I observe them, I discover that I still have some of the sentiments that I thought I had long abandoned [or forgotten].”

Although some people might have judged him as unique, the director seems to rank himself closer to normalcy, or at least like other people in terms of relationships.

“I think I walk on eggshells when dealing with people,” he explained. But when So-dam is asked how she’s able to understand and talk to other people in different languages, she says it’s no special talent — anyone can do it if they “loosen up.”

“I think the most powerful emotions can be felt through communication,” Zhang said. “Any life, or nationality, I believe, is not worth living if they can’t interact. We can’t live [in this world] alone, so interaction is what’s the most important. In order to do that, we need to be at ease. So-dam keeps saying that — she’s saying that anyone can become friends [regardless of age, gender and race]. But I don’t think I am at that verge. I’m trying though. But to interact, I first need to lower my guard [and relax].”

As much as So-dam is a central character to the story, the film setting in the city of Fukuoka also breathes uniqueness into the story. The director said that he was attracted to the city after visiting on multiple occasions when film festivals were held there.

“It’s not like Japan,” Zhang answered when asked what was so special about the city. “When people think of Japan, the image that mostly pops up is Tokyo, but Fukuoka is different. People are more tranquil — they were [more] open and comfortable. When I would go have a drink in a pub, I would get together with other strangers. Also in Fukuoka, [when you walk on the] streets, it’s filled with not only Japanese, but also Koreans and Chinese as well. A lot of Koreans and Chinese live in the city, and it’s just different [from other cities].”

In Zhang’s films, such as in “Gyeongju” (2014) and “Ode to the Goose” (2018), the settings played vital factors in the story, setting a distinctive atmosphere in each movie.

“Inspirations for films come differently for each director — for some it’s the story, a picture, or a character — for me, when I look back on it, it’s always been the location,” Zhang said. “When I go to a certain place, the temperature, smell, aura of the people who come here are preserved [in the place]. I think locations are able to contain much more than people, and I tend to go and listen to what the people talk and act like in those places and recreate it in a film.”