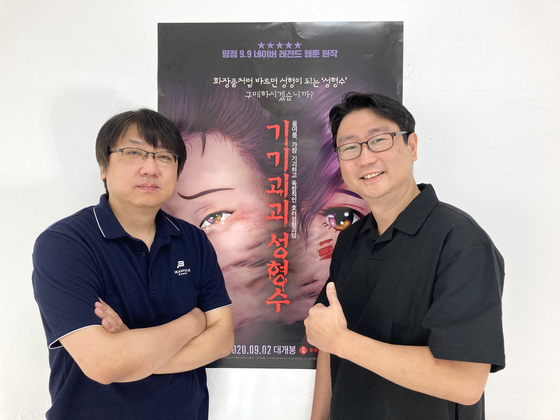 
“Here are the instructions on how to use beauty water. You can say goodbye to the face before you. Pour beauty water and water in the ratio of four to one, and dip your face in the liquid for 20 minutes. You think this is too long? Compared to the time you’ve endured suffocating for your looks, it’s nothing. Now, don’t be alarmed by what you’re about to see. It’s about being reborn into a beautiful self.”

It’s a fantasy come true: Instead of undergoing painful surgery, apply a substance and mold your face and even your body to fit society's beauty standards.

When producer Jeon Byung-jin was researching various stories, novels, comics and webtoons to turn into an animated film in 2013, he stumbled upon episodes of “Beauty Water” from the Naver webtoon “Tales of the Unusual” by cartoonist Oh Seong-dae and thought it was the perfect fit.

The story revolves around protagonist Ye-ji who comes across an advertisement for beauty water and becomes trapped in her desire to become beautiful.

Months before the local horror film “Beauty Water” hit local theaters on Sept. 9, the film already made headlines when it was invited to compete in this year’s Annecy International Animation Film Festival in May. The film has been invited to 12 other international film fests and sold its distribution rights to five countries —Taiwan, Singapore, Hong Kong, Australia and New Zealand.

In a press interview on Tuesday, producer Jeon Byung-jin, who was in charge of the project for six years, and director Cho Kyung-hun, in charge of animation, still seemed dazed by the global appeal the film has garnered.

“We were targeting the global film market from the start, but didn’t expect this,” Jeon said during the interview at a cafe in Samcheong-dong, central Seoul. “Especially considering how much trouble we had in the beginning.”


There are a lot of other episodes from Oh’s webtoon. Out of the many, why did you choose “Beauty Water?”
Jeon: We were targeting the global film market, especially China. The two types of genres that are popular are romantic comedies and horror. But due to media censorship, the level of what we can express for romance is very limited. So we decided to do a horror film instead.
Most of the local works were based on rumors and tales, and only Oh’s webtoon was an original.
Initially, we were planning to release a series of omnibus films from “Tales of the Unusual.” While we were planning to acquire the webtoon’s intellectual property (IP), suddenly, “Beauty Water” became a huge hit in China. So our project’s focus shifted toward that story. But then Korea-China relations soured after the deployment of the U.S.-led Terminal High Altitude Area Defense (Thaad) antimissile system to Korea, and what initially was our merit became a penalty, as we couldn’t receive any investments from Chinese companies.


There were also some variations and plots that you added to make the story into a film. Can you tell us about those changes and the message you wanted the film to portray?
Cho: The original webtoon centered around the substance of the beauty water, but the film puts that aside and focuses on the protagonist Yeji. We blueprinted various conflicts and worries Yeji has, to build her up as a character and her relationships with her surroundings.
Truth be told, Yeji isn’t a character that an audience would feel [any sort of] affection toward or sympathy for. But at the very least, we wanted people to understand why Yeji feels that way and get them to follow her fluctuating emotions when she’s put in different circumstances.
As for the message, we wanted to ask the question 'what is beauty?' What matters really [both in the film and in reality] is how we define ourselves based on others’ perceptions. Even when Ye-ji becomes beautiful, she’s unable to escape that bridle [of lookism] that binds her. I think we can’t ever escape that, because we are humans. We were born that way, were taught that way and we are beings that create standards and pass judgement. 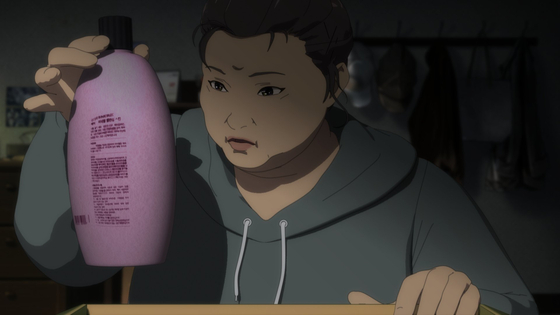 Ye-ji, scarred from other people's attitudes about her appearance, comes across "beauty water," which allows her to reshape her appearance without surgery. [SS ANIMENT] 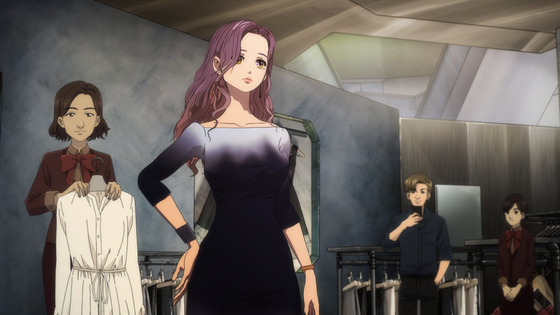 Ye-ji enjoys the attention she receives after she is transformed. [SS ANIMENT]

Animated films usually have elements of fantasy. However, the characters and plot in “Beauty Water” do not deviate that far from reality. How was creating such a film different from working on other animated projects?
Cho: When we were working on the film, we didn’t really think that we were creating an animated film because “Beauty Water” was so much different from previous animations that we worked on. About 90 percent of the film is made up of the characters ‘ dialogue and their emotions. In other animations, the characters freely move around, change their forms, but that’s restricted in this film. So although it’s an animated work, there were lots of aspects which were closer to a live-action film.


Why did Ye-ji’s voice change after she became beautiful?
Jeon: We weren’t able to ignore the stereotypes that people have. It’s a theatrical illusion, but when you’re pretty, [people expect] a pretty voice too. When that equation was broken, we couldn’t focus on the character, so instead of making it realistic, we decided to be dramatic.
Cho: All the voice actors were against [using the same voice] because it just didn’t fit, either way. To use a “pretty” voice in Ye-ji’s past looks or vice versa. But we did try to reduce the difference in voice tone as much as possible. 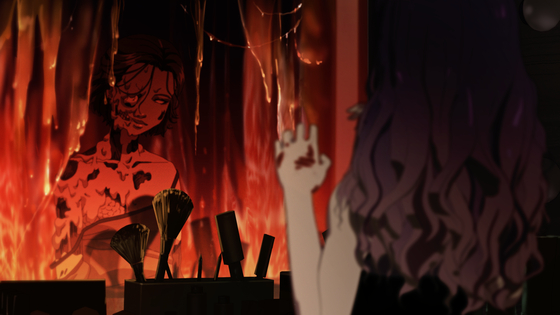 Ye-ji suffers from her desire to stay beautiful after her transformation. [SS ANIMENT]

In the real world, when have you encountered lookism?
Jeon: Personally, I think that the television itself is like a castle for the privileged [for exceptional beauties]. As the generation of YouTube was born, that wall was pulled down a bit, but I think lookism just seeps into society once we turn the TV on.
Cho: Although we exaggerated the characters and the plot to emphasize the violence that comes from people’s judgement, I felt the reality was not that much far apart. In all media formats, it’s become so normalized to “attack” comedians and celebrities whom we’ve categorized as ugly or fat.


What do you want to achieve through “Beauty Water”?
Jeon: While I was developing the script, I thought there were plenty of other stories from “Tales of the Unusual” to turn into a film. I hope “Beauty Water” becomes the foundation to start our own brand of horror stories such as “Yamishibai: Japanese Ghost Stories” or “The Twilight Zone.”
Cho: There are so many high-quality IPs that we could use from novels, webtoons and games— they each have their own concepts and attractions. In animated films, it’s crucial that we preserve such qualities within our [limited] budget.
In the current local animation industry, setting a good precedent is really important to become a stepping stone for the industry to move forward. I hope “Beauty Water” can become such a case.