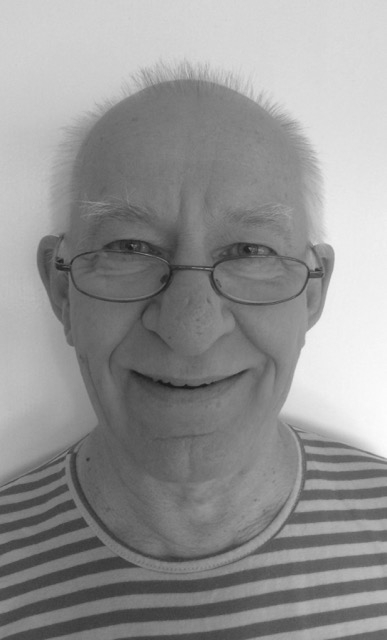 Danish writer and sexologist Per Holm Knudsen, author of "How a Baby is Made" (1971). [PER HOLM KNUDSEN]


“How A Baby is Made” is a children’s sex education book written by Danish writer and sexologist Per Holm Knudsen in 1971. Simple and bold illustrations are accompanied by straightforward and detailed descriptions of how a couple engages in sexual intercourse, how a baby is made and the birthing process.

The book was awarded the Danish Ministry of Culture’s Children’s Book Prize in 1972 and has been recognized as one of the most respected works in the field of children’s sex education in the world.

It was also included as a “Nadaum” book last year. In December 2018, the Ministry of Gender Equality and Family signed a memorandum of understanding with Lotte and ChildFund Korea to organize an educational culture project titled “Nadaum Books,” directed and operated by civil organization Think Sing Together, which specializes in curating children’s books. The project chose 134 books to be on the “Nadaum Book List” the following year that would help raise children’s awareness on gender and sex — the first time for Korea to create a list of children’s books specifically on such subjects.

Nadaum in Korean means “being myself,” with the slogan of “Following stories, finding yourself.” The books were about “finding what it means to be yourself, not as a female or male — just yourself” amid the rising calls for proper education on equality that came in recent years as a result of the feminist surge in Korea.

But "How A Baby is Made" has been making headlines in the recent days as the most “outrageous” example of seven books that have ultimately been withdrawn from elementary schools last month — specifically for the “early sexualization of children” and “encouraging sexual intercourse among elementary school students,” according to Rep. Kim Byeong-wook. 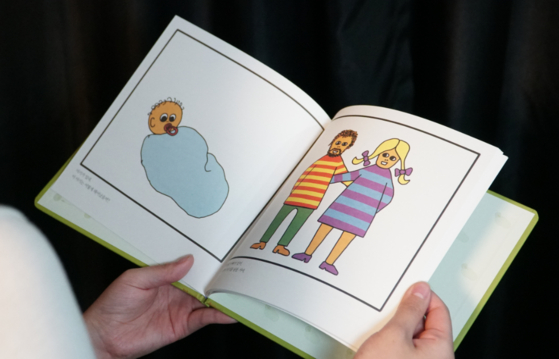 
There are reviews that describe the honesty of the book as “traumatizing” and it was met with a fair share of opposition from conservative Christian politicians when it was released in Denmark, but never for the arguments raised in Korea according to the author.

“I’ve never heard that this should be the case in the almost 50 years the book has been on the market in many, many countries,” Knudsen told the Korea JoongAng Daily in an email interview. “I agree, that sex should be ‘taught carefully and ethically,’ of course. But I think — excuse my words — it is ridiculous, to argue that the book ‘instigates sexualization from an early age’ and ‘encourages children to have sex at an early age.’

“Children are curious sexual beings no matter how many children's books on how to make children they read: Sexuality is the drive that ensures that there are still people here on earth, and small children have this drive in their own way as well.”

The following are edited excerpts from the interview, where the author shared his thoughts on the recent controversy surrounding his book and sex education in Korea. 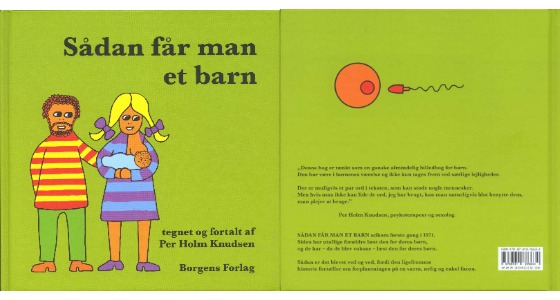 What made you write “How A Baby is Made”?


I had written four children’s books before ['How A Baby is Made']. There was a sexual and antiauthoritarian break up in Denmark and in western Europe in general in the late '60s. In 1949, Danish sexologist Sten Hegler made a book for children called 'How mom?' My mother read it to me and my brother when I was a child. It was not as explicit as I thought it should be in 1969, so my book is the answer to the other book — How a baby is made.

I wanted to tell the correct narrative about how people make children — no more birds and the bees.

Do you believe that sex education should be taught regardless of age?


Sex is not dangerous, it is a natural and common action between people all over the world and it is the most common way to have children. No children are harmed by those facts, and the story can always be adapted to age and knowledge.

Upon hearing the news that your book was retrieved from schools in Korea, what was the first thought that came into your mind? How did you deal with negative feedback that you may have had in the past?


There is nothing new about conservative Christians and other conservative religious people having difficulty with sexuality, even though it is something their gods have institutionalized. It's a bit of a paradox. In Denmark, this kind of rigid conservatism still exists, albeit to a very limited extent. Denmark has in many ways become a very open and straightforward society when it comes to sexuality. In time, that is likely to change in Korea as well.

Where do you think proper sex education begins?


Sex is a powerful drive that will always pop up one way or another if one tries to suppress it. It's like trying to get a cork to stay on the bottom of some water. It will always search up to the surface.

I think sex is pleasurable, healthy and necessary as a human being. Not everyone thinks so, and that's their business. My work over the last 50 years has been to help free sex from constricting norms. In Korea, you have to talk about it, talk about it, talk about it, be open about sex — and take risks that might outrage and anger some, but most people want a liberated and happy sexuality.

Cooperation is a two-way street