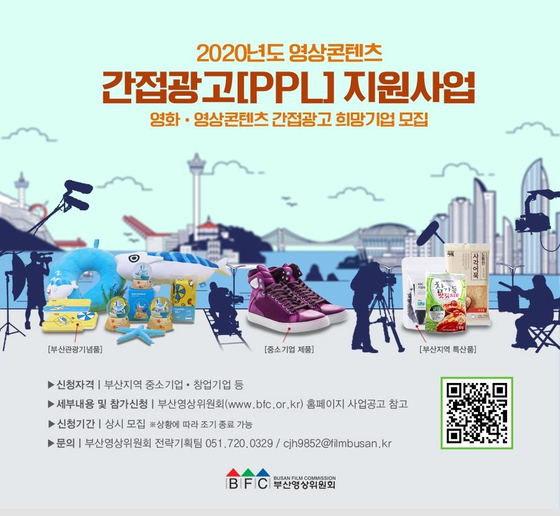 A poster for the new project that Busan Film Commission started on Wednesday. [BUSAN FILM COMMISSION]


The Busan Film Commission is launching a new project to help small- and mid-sized enterprises and start-ups in Busan put product placements in films and videos filmed in the city, according to the commission on Thursday.

The project was established with the aim to give opportunities for brands situated in Busan to promote their products in films, drama series and web drama series.

The commission is receiving participants as of Wednesday. It will introduce the products to the production companies scheduled to film in the city later this year, and the latter will choose the products that fit accordingly.

The commission will fully support the fees for product placement, ranging from 5 million won ($4,300) to a maximum of 20 million won.

If proven effective, the commission plans to implement and expand the scale of the project from next year.

More information about the project can be found on the commission’s website (www.bfc.co.kr).