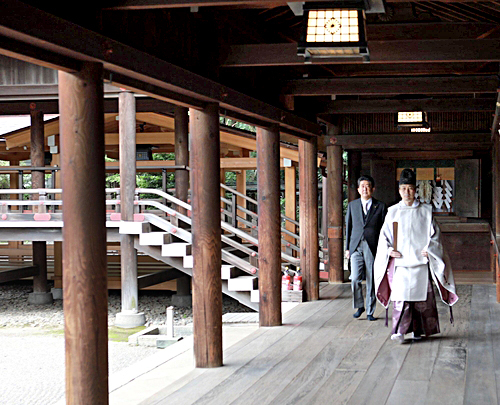 
Korea voiced "deep concern and regret" after former Japanese Prime Minister Shinzo on Saturday visited a war shrine seen as a symbol of Japan's past militarism.

Abe said in a tweet that he visited Yasukuni Shrine in Tokyo and reported his resignation to the war dead. Abe ended his nearly eight-year tenure in office earlier this week due to health problems.

"The government once again sternly points out that the neighboring countries and international community can trust Japan only when Japanese leaders face history squarely and show by action they humbly reflect on and genuinely atone for the past history," he added.

This was Abe's first visit to the shrine in nearly seven years. He did not visit the shrine as prime minister after his last visit in 2013 sparked criticism.

Visits to the shrine by Japanese leaders have been a key source of tension in the region as Asian neighbors view the visits as an attempt to beautify the country's militaristic past.

Instead of visiting the shrine, Abe had sent offerings around key festivals and on Aug. 15, the anniversary of Japan's surrender in World War II, which also angered neighboring countries, like Korea and China, that suffered Japanese aggression in the early to mid-20th century.