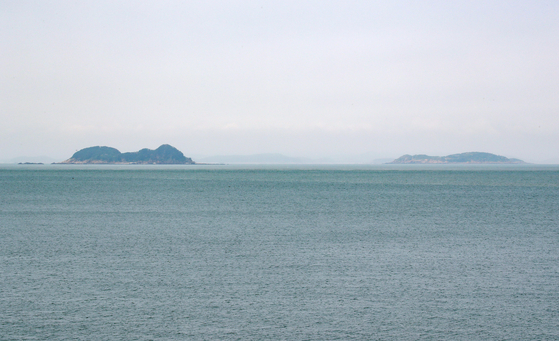 
The South Korean military revealed Wednesday that a government fisheries official was possibly picked up by North Koreans after he apparently jumped overboard while working on a boat off the coast of Yeonpyeong Island on Monday.

Seoul’s Ministry of National Defense said in a statement it was leaving all possibilities open — including the likelihood that he defected — after revealing that the fisheries control official was spotted alive in North Korean waters Tuesday afternoon.

The 47-year-old works as a monitoring official for the West Sea Fisheries Management Service, an agency under the Ministry of Oceans and Fisheries responsible for protecting fisheries in the Yellow Sea, based in Mokpo, South Jeolla.

On Monday, he was aboard a monitoring boat with several colleagues around two kilometers (1.2 miles) from the coast of Small Yeonpyeong Island when they became aware of his absence at 11:30 a.m., according to the Coast Guard.

His colleagues later reported him missing after discovering only his shoes on board the boat, prompting the Coast Guard to scramble a major search operation at around 1:50 p.m. that afternoon.

Around 20 vessels, including a Navy boat and plane, were deployed to search for the missing official in nearby waters.

The Defense Ministry said it believed the official was still alive after he was last spotted on the North Korean side above the so-called Northern Limit Line, approximately 10 kilometers north of where he went missing. The military's statement did not provide any further details of the sighting.

“We will take necessary measures, including investigating the route [taken by the official] and verifying relevant details with the North,” the ministry said in a statement.

Though a probe is ongoing, military officials believe the man could have been swept northwards by tide, or possibly made his way into North Korean waters deliberately — though how he was able to swim the distance and evade several South Korean maritime patrols in the area remains a mystery.

The South Korean military could inquire about the missing official with the North’s authorities through a military communications line, the United Nations Command or the Red Cross Society at Panmunjom.

But it is unclear what active links are still in place, or whether Pyongyang will respond, given the regime's announcement last June that it was severing all official communications with Seoul in protest of South Korean activists’ dispatches of propaganda leaflets across the border.

The area in which the fisheries official disappeared has been the site of several major military confrontations between the two Koreas since the 1950-53 Korean War.

There were two naval engagements between the two countries’ navies in 1999 and 2002, both yielding dozens of casualties, while Large Yeonpyeong Island was notably shelled by North Korean coastal artillery in a major provocation in 2010 that killed four South Korean soldiers and civilians.

Nonetheless, many have braved these dangerous waters as a route to defect to the other side — mostly North Korean sailors fleeing to the South, but occasionally disaffected residents in South Korea to the North.

Most recently in July, a former defector to the South returned back to the North across a narrow strait between South Korea’s Ganghwa Island and the North’s South Hwanghae Province, prompting North Korea to shut down its border town of Kaesong for fears of Covid-19 contagion.