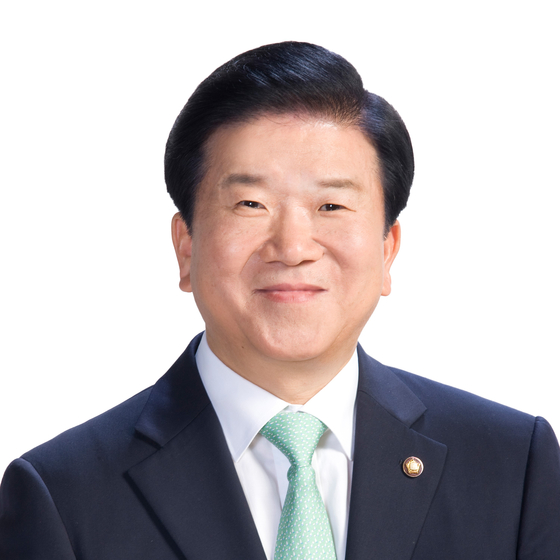 
National Assembly Speaker Park Byeong-seug is visiting Sweden and Germany as part of a delegation of lawmakers, beginning Sunday, to boost bilateral ties with European nations, his office said.

The trip is Park’s first since taking office as speaker of the Assembly in June.

He will be in Sweden from Sept. 27 to 29 on the invitation of Swedish Parliament Speaker Andreas Norlen, and will visit Germany from Sept. 30 to Oct. 2, his office said.

The trip’s purpose is to expand Korea’s parliamentary diplomacy with the two nations, discuss cooperation on vaccine development on Covid-19 and its fair distribution practices and enhance bilateral understanding of several international issues, including security issues on the Korean Peninsula.

Park’s visit to Sweden is the first by a sitting speaker of the National Assembly since Korea established diplomatic ties with Sweden in 1959.

According to the Swedish Embassy in Korea, Park will visit King Carl XVI Gustaf and meet with Foreign Trade Minister Anna Hallberg on Monday. He will meet with Prime Minister Stefan Lofven on Tuesday.

“I am very pleased to welcome my esteemed fellow Speaker Park to Stockholm,” said Speaker Norlen, according to the Swedish Embassy in Seoul. “There are strong ties between the Republic of Korea and Sweden and we have many issues of common interest to discuss.”

“Topics on the table for discussion include Germany’s unification experience and the inter-Korean relations,” Park’s office said.

It will be the first time in five years that the Assembly speaker visits Germany, and the first time that they meet both the president and the heads of the parliament in one trip.

Park had originally also planned to visit the Czech Republic to discuss bilateral cooperation on nuclear power plants, but the trip has been delayed per Czech's request, the office said, due to their Covid-19 situation.