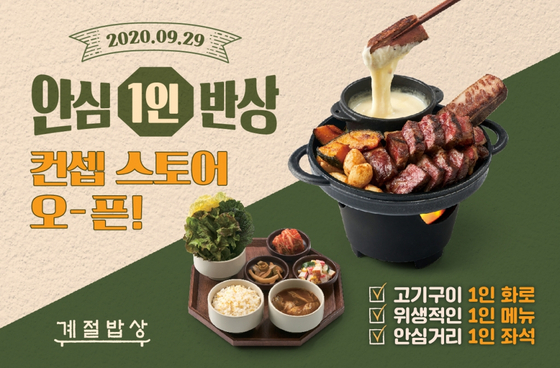 
With their popularity in a free fall amid the pandemic, buffet restaurants are now trying to claw their way back to profitability by abandoning buffets.

The companies are increasingly shifting to standard restaurant formats or focusing on takeout and delivery orders to keep themselves afloat.

CJ Foodville’s Season’s Table abandoned its buffet completely and started serving food instead. Instead of the variety of foods that buffets usually offer, consumers can choose from one out of its eight menus that can be ordered through a QR code. The company started test-operating the service on Tuesday at its four branches.

“We introduced this service considering the safety of customers’ eating-out culture,” a spokesperson for CJ Foodville said. “We will continuously try to come up with a new eating culture.”

Elandeats’ premium buffet chain Ashley is still offering a variety of dishes in unlimited quantities, but isn't allowing customers to serve themselves. Patrons instead choose what they want at their tables, and employees immediately serve them. Ashley has been operating this service since Sept. 25.

Seafood buffet Viking’s Wharf also changed its system to make their employees to serve its unlimited food to customers.

Hotels are also following the trend. Lotte Hotel Seoul has been running a “Private Gourmet” service in its buffet restaurant La Seine since Sept. 18. Customers can choose up to 70 food items in advance and employees serve them unlimited quantities. The hotel reduced its available seats by 40 percent amid the pandemic.

“We introduced a new service so that customers to La Seine can enjoy eating safely while following the government’s social distancing guidelines,” said a spokesperson for Lotte Hotel Seoul.

The Parkview, The Hotel Shilla’s buffet restaurant, is no longer a buffet anymore. Instead, they offer a full course meal consisting of the restaurant’s signature menus, including crabs and lamb chops. 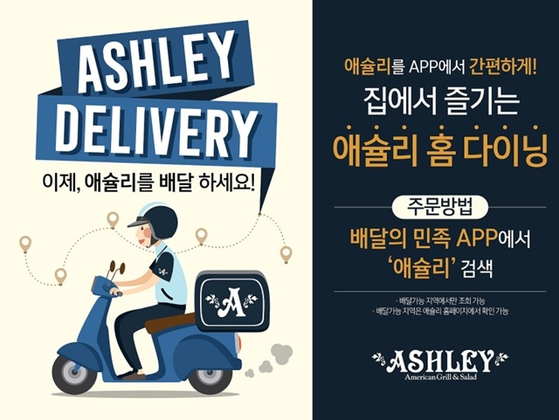 
Makino Chaya, LF Food’s seafood buffet restaurant, had launched Chuseok gift sets consisting of their popular food items. The sets were available in two options: the “Jesa ceremony pack” which included namul (seasonal vegetables) and grilled croaker; and the “Chuseok party pack” which contained japchae (stir-fried noodles mixed with vegetables) and jeon (Korean pancake). Customers who placed orders through their phones were able to pick up their gift sets at the restaurant’s branches in Yeoksam-dong, southern Seoul, Pangyo, Gyeonggi, and Gwanggyo, Suwon.

“Buffet restaurants in Korea expected to see a long-term struggle from the second wave of Covid-19,” Seo Yong-gu, a professor of business administration at Sookmyung Women’s University, said. “They have been offering delivery and takeout services temporarily or even changing their operating systems in order to survive.”