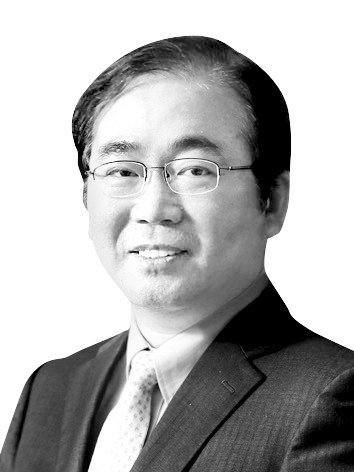 
A kind of mass hypnosis is controlling the Moon Jae-in administration. Although Lee Hae-chan is no longer the chairman of the ruling Democratic Party (DP), he is still a major player in the administration. “As the conservatives are too strong, we need to govern for the next 20 years,” Lee once said. That’s a doctrine that no one in the ruling camp can challenge.

“During the 220 years since King Jeongjo’s reign [1776-1800], the conservatives ruled the country for 210 years. They are dominating almost all areas ranging from the economy, finance, media, ideology and prosecution. This is Korea. No country has ever faced such an imbalance,” Lee said in a media interview. Is that true? If so, how could they explain the unrivaled rigidity of the Blue House, National Assembly, judiciary and civic society?

They seem to believe that they are waging a war against the establishment even after taking power. This is a serious problem, because they have to maintain strong unity and go easy on their allies’ wrongdoings until they achieve their abstract concept of “justice.”

The Cho Kuk White Paper is proof of their twisted common sense. “For a long time, reformists in the ruling camp have enjoyed privileges while attempting to deny their existence. If we criticize that inconsistency, we cannot succeed in reform,” the paper said. That is sheer sophistry.

The Moon administration’s distorted view epitomizes the “Besieged Fortress Syndrome.” Prof. Lim Jie-hyun of Sogang University said, adding that shortly after the Bolshevik Revolution, the Bolsheviks believed they must give up democracy for survival because the imperialist superpowers were surrounding Russia and trying to quash their revolution, although they succeeded in achieving socialism. According to Lee Hae-chan’s perception, the powerful members of the administration are still in this besieged fortress mentality. 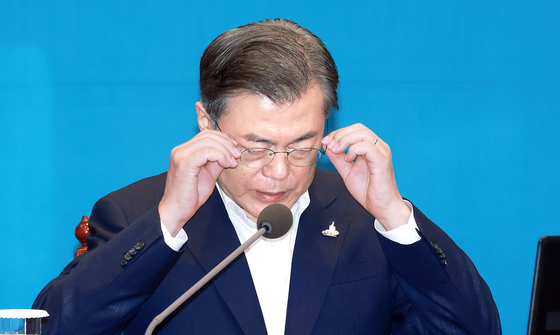 
They believe in the logic that it’s unjust to criticize personal wrongdoings of their allies during their sacred march under the banner of justice because self-examination, criticism, negotiation and compromise are acts benefiting the enemy and weakening their fortress. Leaders of the DP and the administration are downgrading themselves as members of a faction instead of championing unity. Procedural democracy has become obsolete, and eradicating what they call “past evils” has become a holy war in their everyday lives.

Some 2,400 years ago, Aristotle said that we should be wary of petty lawlessness. Paranomia, or lawlessness, ruins a country without knowing, he said.

In Politika, Aristotle took one more step. “For as man is the best of all animals when he has reached his full development, so he is worst of all when divorced from law and justice. Injustice armed is at its harshest,” he wrote. This is a de facto conviction of former and current Justice Ministers Cho and Choo Mi-ae.

Unless the president wakes up from the misperception that he is a leader of a particular group, the people will be reduced to miserable subjects who cannot even expect protection from the president even though all constitutional powers come from them. North Korea’s recent killing of a South Korean fisheries official in the West Sea is an example. North Korea shot and killed an unarmed civilian in peace time and burned his body. But Moon did not lodge a protest over the North’s cruel act even after Pyongyang completely denied the sovereignty of the Republic of Korea. He spat on the value of the republic’s presidency, which exists to protect the people’s lives and safety.

When Kim Hak-song, a Korean-American man, was released from a year of captivity in North Korea on May 9, 2018 and arrived in the United States at 2:40 a.m. the next day, U.S. President Donald Trump and the first lady welcomed him wholeheartedly. “I could feel with my whole body that the United States takes responsibility for its people till the end,” Kim recalled.

The reign of Sejong the Great (1418-1450), is known as the most stable period of the Joseon Dynasty, but it was actually decades of domestic and foreign crises. Years of famine followed, while envoys from the Ming Dynasty endlessly demanded bribes and the Ming emperor pressured Joseon to dispatch troops to conquer Mongol tribes.

But the Chinese, Japanese and Vietnamese people defected en masse to live in Joseon. Tribal leaders of the Jurchen even defected to Joseon with sensitive military information that their leader was planning an invasion. Leaders of the Ming Dynasty worried that Joseon could become the center of the world.

The key was respecting the people. “The people may seem foolish, but they are actually wise,” King Sejong said.

Kim Chong-in, interim leader of the opposition, has been a conservative and liberal, indicating the gap is not that big. And yet, the Moon administration is still keeping itself inside its besieged fortress. The people are outraged that the government did not bother to protect the life of a citizen. It is an expected outcome of a president choosing division over unity.