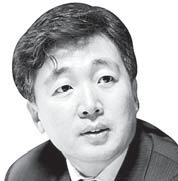 
During the Chuseok holidays, singer Na Hoon-a offered a sweet moment of rest, as well as a lingering effect. We were able to see the seasoned talent and charisma only possible from a person who has devoted his life to one path. His songs, as well as his words, were not ordinary. “I have never seen a king or a president who risked his life for one citizen,” Na said during a TV concert.

There must have been some leaders in the country’s 5,000-year history who had done so, but I was already captivated by his words. At least, what Na said is true in our time. We’ve all witnessed the shameless faces of fake politicians because of a fisheries official’s recent killing by North Korea.

It is meaningless to examine what went wrong in that incident. Overall failure is the term we need to use. The administration is acting like a farmer who doesn’t bother to fix his barn door although his cattle have been stolen, while not even going after the thief.

President Moon Jae-in has demanded a joint investigation with the North, but it became empty words. The North has sent a suspicious message distorting facts and avoiding responsibility, but Moon praised it by saying “I attach a special meaning to it.”

We can easily expect the North’s snub. Let’ think about it. The North will celebrate the 75th anniversary of the Workers’ Party’s foundation. Kim Jong-un is thrilled to stage a massive military parade to demonstrate his nuclear capabilities. It is unlikely that he will accept a joint investigation. Only Moon and his administration were excited, believing that they got a chance to start inter-Korean talks.

The president, his aides, government and military officials as well as ruling party politicians were devastated and angered the people. And I want to talk about just one thing: The absurd loyalty of presidential aides and ministers who could not disturb Moon’s sleep.

According to Chapter 18 in Book 7 of the Analects of Confucius, the Duke of She asked Zilu about Confucius, but Zilu could not reply. Confucius, then, told Zilu, “Why didn’t you say, ‘He’s the kind of man who gets so lost in his passions that he forgets to eat?’”

A true political leader must not only forget to eat, but forget to sleep when it is necessary.

The heads of the National Intelligence Service, Defense Ministry, Blue House’s National Security Office and Unification Ministry as well as the presidential chief of staff gathered at the Blue House at 1 a.m. on the night of the official’s killing. Notices were given earlier to them that they were going to meet. The president should have known that such powerful officials were having an urgent meeting.

That is a normal crisis management system, but they did not report to the president. If it were a kingdom, they could have faced stern punishments for attempting to plan treason.

The president was briefed at 8:30 a.m. How is this different from any ordinary day when nothing happened overnight? It seems that the presidential aides and the ministers did not care about a citizen being brutally killed.

They probably wanted to care for the president’s peaceful sleep, maybe his health, but they ended up making a serious mistake. They deprived the president of the chance to “get so lost in his passions that he forgets to sleep” before the people and wins public trust.

Those who attended the meeting must be heavily punished. They should have volunteered to take responsibility. But we don’t see such developments. All of them seemed to have very little understanding about their duties.

What they should have worried about is not the president’s sleep, but the people’s right to have a peaceful night. The people can have comfortable sleep at night, when they have a strong belief that the country is protecting their lives and safety. Even if the president’s sleep is disturbed from time to time, the people should be given trust and faith. Because it was reversed, they are called fake politicians.