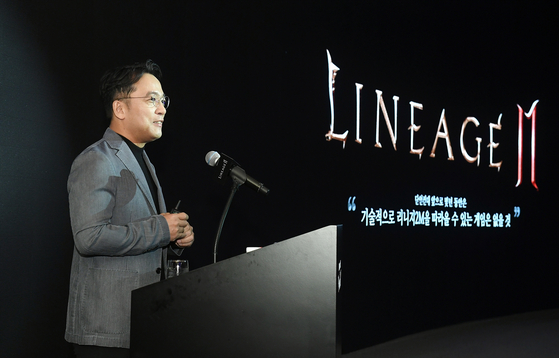 
Gaming company NCSoft is expanding into sports, media and finance with its decade of expertise in artificial intelligence (AI) technology.

“We decided to participate in the joint venture to get our hands on financial AI technology and increase the competitiveness of our own AI technology,” explained a spokesperson for December & Company.

The joint venture will develop AI software that can understand questions and give investment advice. It plans to combine NCSoft’s Natural Language Processing (NLP) technology, KB Securities’ investment know-how and December’s financial data, and develop the AI into an automated financial investment platform.

NCSoft has been continually investing in its AI lab, spearheaded by President Yoon Song-yee, who is the wife of CEO Kim Taek-jin, since 2011.

Kim took over the research lab after Yoon moved to NCSoft West, the company’s U.S. office, and put enormous efforts into the lab. He led a weekly discussion session on AI technology called “Innovation Seminar” for more than a year in 2013, when the lab was just a small group of AI researchers.

“The seminars were just part of the process of transforming the company from a game developer to an AI technology company,” recalls Lee Jae-joon, an NCSoft AI researcher who had heated discussions with CEO Kim every week at the seminars.

“After a year of continuous discussions, we were able to narrow down our field of research to NLP technology," Lee continued. "That was the moment when full-scale research kicked off.”

The lab grew into a key moneymaker for the company and now has 200 AI experts. The research center is divided into two divisions — an AI center that studies technology for online games, speech and vision, and an NLP center that researches technology on language-based AI.

NCSoft first applied the technology to what it does best — games. When it updated its massively multiplayer online role-playing game (MMORPG) game Blade & Soul in 2016, it added an AI character, whose skills improve by learning techniques from other players. The character was able to respond differently to players and situations, similar to a human. 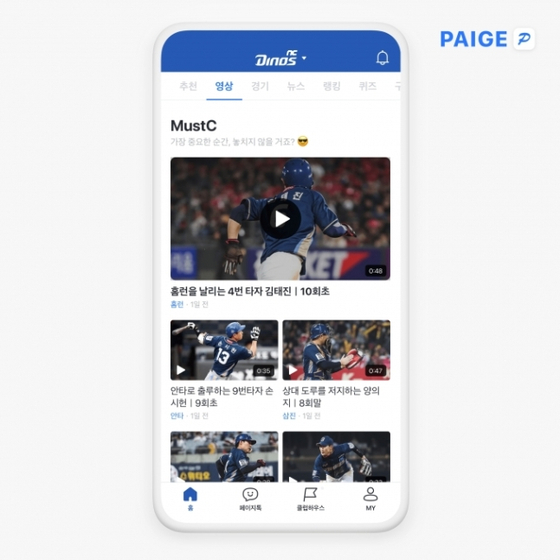 
In 2018, the company launched Paige, a baseball news platform that uses AI technology to curate baseball news, answer people’s questions and analyze the performance of baseball players. Users of the service could see a 5-minute KBO highlights video edited by an AI just 15 minutes after a game ended. Users could also read game reviews written by AI sports commentators.

Since April, NCSoft has been providing weather news to Yonhap News Agency written by AI reporters, who analyze data from the National Weather Agency, fine-dust data from the Korea Environment Corporation and previous big data stored in its system.

“We are at the core, a game company,” said a spokesperson for NCSoft. "But there are two other areas we focus our partnerships and investments in, which are our intellectual properties and AI technology. Our partnership with KB Securities is just an extension of our vision."

Kakao forms panel to monitor and advise on tech ethics