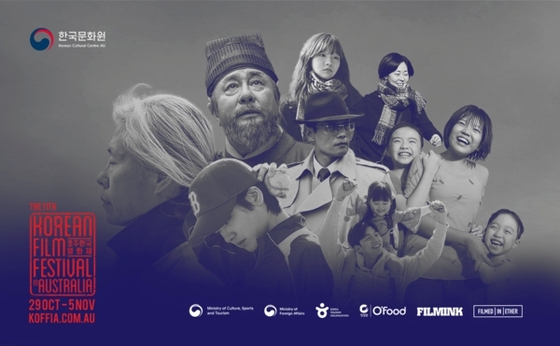 A poster for the11th Korean Film Festival in Australia. [KOFFIA]


The 11th Korean Film Festival in Australia (Koffia) will be held online this year from Oct. 27 to Nov. 5, the Korean Cultural Centre Australia said on Friday.

A total of 18 local films released this year, such as “Kim Ji-young, Born 1982,” “Forbidden Dream,” “The Man Standing Next,” “Bring Me Home,” “By Quantum Physics: A Nightlife Venture,” “Lucky Chan-sil” and “Moving On” will be screened online.

Except for “Kim Ji-young,” it’s the first time the 17 films are being seen by Australian audiences.

The opening film is “Baseball Girl” by director Choi Yun-tae, about a girl with exceptional talents in baseball wanting to play in a professional league.

The closing film is director Yoon Ga-eun’s “The House of Us,” a story of three young teens that asks the audience to ponder the true meaning of family.

After registration, the films can be streamed online for free on Australia’s streaming service “SBS On Demand” (www.sbs.com.au/ondemand).

Panel discussions with the directors will also be hosted online. More information about the schedule and how to watch the films can be found at the festival’s main website (www.koffia.com.au).