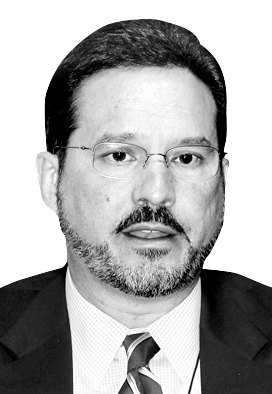 
Probably the greatest conundrum in U.S.-ROK relations today — after the disruptive unpredictability of Kim Jong-un and Donald Trump — is the question of whether Washington and Seoul can stay aligned as U.S.-China strategic rivalry intensifies. In Seoul, a growing number of officials in the Moon Jae-in government are calling for “strategic ambiguity” in the U.S.-China competition. However, a major international survey on China policy issued by the Center for Strategic and International Studies (CSIS) this month suggests that the Blue House may need to reexamine the assumptions behind this approach, because there is now broad support for getting tough with China not only in the United States, but also among democratic allies in Europe and Asia, including among a significant majority of Korean foreign policy intellectuals.

The CSIS survey was based on responses from 1,000 members of the American public (controlled for demographics and other variables to achieve a margin of error of 3 percent), in addition to over 400 responses from leaders in a dozen major U.S. associations (Chamber of Commerce, human rights organizations, national security associations and more) and another 400-plus responses from foreign policy experts in 16 U.S. partner nations, including Korea. The full survey results can be found at https://chinasurvey.csis.org/ but here are the topline results as they relate to Korea’s role in U.S.-China relations.

The survey of thought leaders indicates that there has been a convergence of thinking in the United States about China. There are differences and plenty of debates still, but interest groups that have been fighting over China since Nixon met Mao in 1972 — business versus human rights groups or national security, for example — now appear to be converging in their views. For example, on the economy 69 percent of thought leaders across all sectors favor using multilateral agreements to pressure China to follow international rules and only 3 percent, with little variation in regards to if the respondent is in business or national security, think that market forces alone will tame China’s predatory economic policies.

In a similar line of thought, American thought leaders across all sectors say they are willing to risk war with China to defend allies, including Korea. The survey asked respondents to share how large of a risk they would take on a scale from one to 10, with 10 being “significant risk.” The mean response for defending Korea against Chinese threats was 8.6 — just behind Japan (8.9) and Australia (8.7). Not surprisingly, the mean for national security experts asked about defending Korea was 8.9 — but perhaps more surprisingly, this number did not vary more than one point among other groups such as business leaders or human rights advocates. The mean response for the American general public on defending Korea was only slightly lower at 6.9. While Donald Trump may attack allies like Korea and threaten not to defend them, he is clearly in the minority.

The convergence of American thought leaders in business, national security and civil society is most remarkable with respect to the sector of human rights. This used to be the area where these groups clashed most, but no more. In the CSIS survey, thought leaders were asked how much risk should be taken to advance human rights in Hong Kong, Tibet and Xinjiang in efforts to support dissidents in China. The mean answer was 6.8. Among business leaders, the mean was actually higher at 7.2 when it came to supporting democracy in Hong Kong. In fact, a majority of business leaders responded that they support targeted economic sanctions against China to advance human rights and democracy, a stunning change from where the business community has traditionally made its stance in the past.

The bottom line is that regardless of who wins the U.S. presidential election in November, there is a robust consensus across different sectors in the United States that there will have to be more pressure on China on human rights, greater risk taken to defend allies against Chinese coercion and more active measures introduced to protect U.S. economic interests against Chinese mercantilist practices. But the survey shows that the American public and thought leaders also want to cooperate with China on climate change, global health and — if possible — North Korea.

In key areas of policy, there is particular convergence. For example, a majority of economic and national security experts in Asia and Europe favor blocking Chinese firms like Huawei from their 5G markets, and in Korea that number was 76 percent, (and over 80 percent in Japan and Taiwan). There is clearly a coalition to be made around 5G and hi-tech that would include Korea at the center. Korean respondents also ranked the importance of human rights at the same high rate as Americans, British, Japanese, French and Australian respondents. While each of these country’s approaches to human rights varies, there is obviously room for more coordination on broader issues like Hong Kong.

The CSIS survey shows that Korean experts align smoothly with American thought leaders across all these issues of security, technology and human rights when it comes to China. However, that does not mean that Korea will sign on to all of the U.S. approaches, but there appears to be room for much more U.S.-ROK alignment on China strategy than we have seen in practice.

A coffin with windows (KOR)