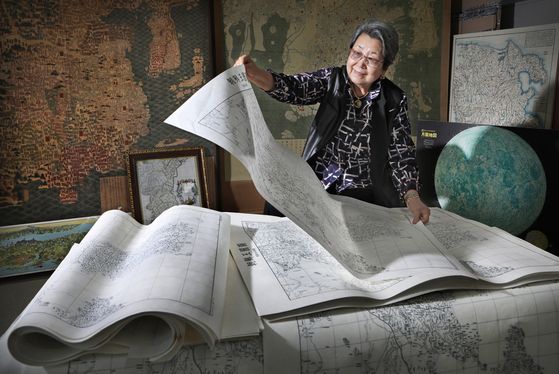 
The sensitive dispute between Korea and Japan regarding what to call the East Sea — known as Donghae in Korean and “Sea of Japan” in Japanese — may be resolved as all seas will soon be replaced with numerical identifiers, by the International Hydrographic Organization (IHO).

At the upcoming general assembly on Nov. 16, the decision whether to use the system of unique numerical identifiers will be finalized. If so, this highly contentious sea between Korea and Japan will be marked as “S-130,” without any other descriptions.

But not everyone agrees.

“Donghae should be called ‘Dong-hae,’ not the East Sea,” Hyejung Culture Foundation Director Kim Hye-jung insists. She has been leading the “Finding Dong-hae project” since 1990. “The name is beyond locating the sea on the eastside of the Korean Peninsula — it represents a national meaning with historical significance.”

The records of the East Sea, written as “Dong-hae” in Korean, first appear in the “Samguksagi,” the 12th-century historical text of Korea’s Three Kingdoms. It is also written in the epitaph of Gwanggaeto the Great’s Royal Tomb of the 5th century and the annals and ancient maps written during the Joseon Dynasty (1392-1910).

As a third-generation Korean living in Japan, Kim attended university in Tokyo, Japan, where there were a lot of antique bookstores nearby. She spent her time learning from the owners of the bookstores and gathering knowledge from museums and art galleries. To her, her college lecture rooms were not at her college but at old bookshops. 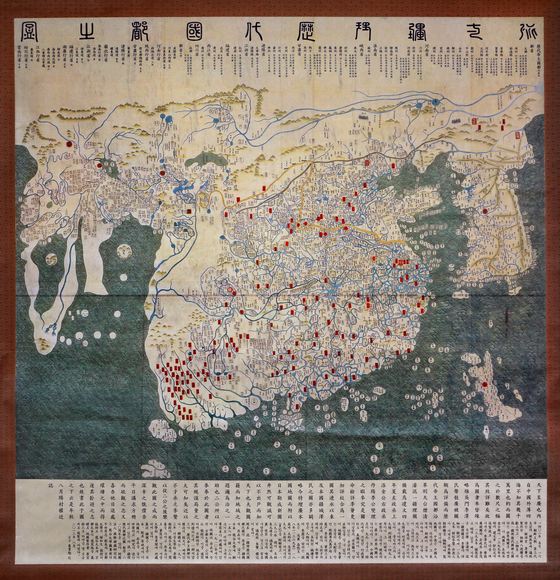 Africa depicted on the Honil Gangni Yeokdae Gukdo (1402), or the map of integrated lands and regions of historical countries and capitals of China, painted by Joseon's royal geographers. [PARK SANG-MOON]


While she had known the name of the sea as the “Sea of Japan,” it came as a shock when she first saw “Mer De Corée,” or the “Sea of Korea” in an 18th-century map created by Guillaume Danet in France. The map sparked her curiosity to start her lifelong journey of collecting and studying ancient maps.

Drawn by the charms of ancient Western maps, Kim went traveling across Europe to begin her collection. Having visited almost every European country numerous times, she became a regular customer among ancient map dealers.

“Travelling to different parts of the world in search of new ancient maps were the happiest moments in my life,” Kim said.
She says that you can’t see the world unless you have a complete vision of the world on the map.

“You can't see the world properly without reading a map. You need to know the map to see the world. It is because we can study the history and culture of the time engraved on the map. You can even predict the future by studying maps. There is no future for those who deny the past.”

She spent all her money on her collection which now amounts to some 20,000 maps, by far the biggest collection among individual collectors in the world.

“My father who majored in Oriental studies would always tell me, 'If you really need it for your studies, keep it by any means.'” 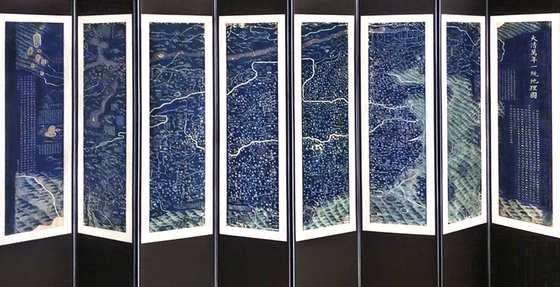 The original version of ’Daechungmanyeon-yiltong-jirido“ (1760) by Huang Qianren is connected into a folding screen. [PARK SANG-MOON]


Kim’s collections include ancient maps like Dongkuk yeojido by Shin Kyun-jun (1712-1781) from the late Joseon period, a map created by German cartographer Martin Waldseemüller (1475-1522), some collections of ancient English maps, “Daechungmanyeon-yiltong-jirido,” meaning complete map of the whole unified country of the Great Qing by Huang Qianren (1694-1771), and some maps created by Japanese cartographer Hayashi Shihei (1738-1793). 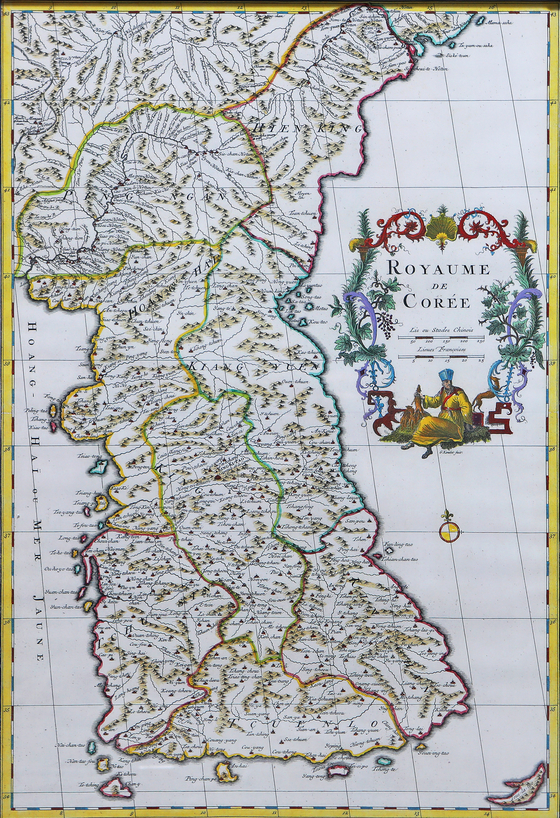 
One of Kim’s favorites is French cartographer J.B. d’Anville’s Royaume de Cor, or the Map of Joseon, which is the first map of Joseon drawn by a western cartographer. Requested by the Qing Dynasty, the map includes Ullung Island and the Dokdo islets in the map. This map serves as a shred of critical evidence that Joseon isn’t a subject nation to the Qing Dynasty but also that Dokdo is part of Joseon.

Among the numerous ancient maps and historical materials collected so far, Kim considers the first rubbed copy of the epitaph of Gwanggaeto the Great’s Royal Tomb, which she purchased from an antique bookstore in Liulichang in Beijing, China in 1980 as her most precious.

“I finally got hold of a copy of Gwanggaeto the Great’s epitaph after visiting Liulichang 68 times.

“The epitaph contains the words 'Dong-mae,’ which is the same as ‘Dong-hae’ in the Goguryeo language. Even the national anthem starts with 'Dong-hae'. We need to get the name 'Dong-hae' back based on such historical data.”

Having collected and studied so many ancient maps, Kim plans on opening the Map and Peace Museum, as she believes that happiness exists where peace exists.