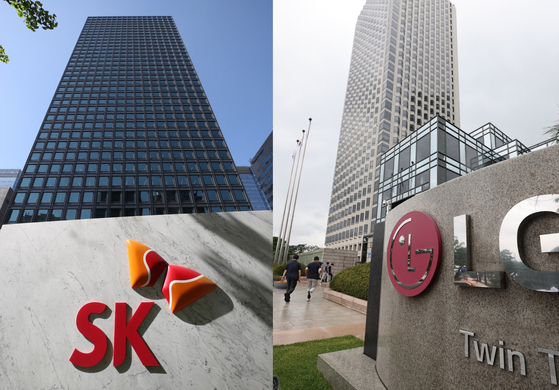 The U.S. government body was supposed to come up with a final ruling on Oct. 5, which was delayed to Monday. Now a ruling is promised on Dec. 10.

The ITC did not specify reasons for the delay, the companies said.

For both LG Chem, the largest EV battery maker in Korea, and SK Innovation, the third largest, the decision extends a period of uncertainty caused by the high-profile law suit. The legal dispute has been going for more than a year since LG Chem first reported SK Innovation to the ITC in April 2019, accusing it of stealing trade secrets.

But the delay gives time for SK Innovation to come to an agreement with LG Chem before the ITC’s final call.

In February, the commission made a preliminary ruling in favor of LG Chem, saying SK Innovation had destroyed evidence—a serious issue for the ITC. The ITC upheld its initial determinations in every case regarding trade secrets between 2010 and 2018.

“The commission first postponed the final ruling from Oct 5 to 21 but this time, the date was pushed back 45 days,” SK Innovation wrote in an official statement Tuesday. “The lengthy delay is a sign that the commission is looking into core issues of the case in depth.”

For a final ruling, there has to be agreement among five judges. As the ITC’s stance until now was leaning toward LG Chem, any indicator of disagreement with the February determination is a cause of hope for SK.

LG Chem brushed off the possibility of a u-turn ruling, saying the changed schedule was merely the result of other cases being delayed due to the new coronavirus.

“Final decisions were postponed for 14 ITC cases since March this year including ours,” LG said in a statement. “Among these 14 cases, nine received their final decisions--all related to trade secret violations -- and in all of them, the defendant was ruled in violation of the Customs Act Article 337.”

“If ITC judges were really considering overruling the initial determination, there would likely be additional hearings but we were told nothing about this--just that the schedule was delayed, period,” added an LG Chem spokesman.

The new due date of Dec. 10 puts the final ruling after the U.S. presidential election on Nov. 3. Both LG and SK have invested large sums in U.S. states. LG has EV battery plants in Holland, Michigan and is building a joint venture factory in Rosetown, Ohio, in partnership with General Motors.

SK Innovation has two battery plants under construction in Georgia—projects lauded by state officials as among the region’s largest foreign investment ever.

Both Ohio and Georgia are part of an industrial rust belt where the issue of job creation is of great concern to voters.

For LG, the Dec. 10 schedule also puts the final decision after its plan to spin-off the battery unit on Dec. 1.

“It would have been optimal if the spin-off happened after the ITC case was cleared but even so, the overlapping period will not deal affect to the spin-off plan,” said an LG spokesman.