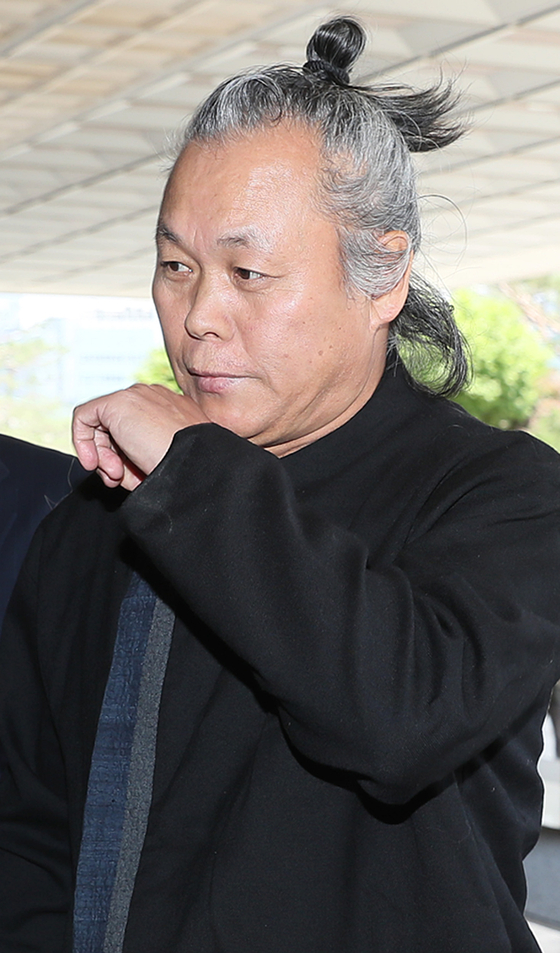 
Filmmaker Kim Ki-duk has lost the 1-billion-won ($880,700) damages suits he filed against a female actor and a local television broadcaster over claims he sexually assaulted the actor, the Seoul Western District Court announced on Wednesday.

In August 2017, the actor, whose identity is being withheld, pressed assault and coercion charges against Kim, claiming that he forced her to perform unscripted sex scenes during the shooting of a film. The prosecution cleared Kim of the sexual assault charges citing insufficient evidence, but did impose a 5-million-won fine for physically assaulting her.

MBC aired two programs, one in March 2018 and the next one in August of the same year, based on statements of actors who have worked with Kim.

Kim lodged damages suits against the actor and MBC last March. Both were dismissed by the court, which also ordered him to pay for the defendants' legal expenses.

Kim had already lost a libel suit against the actor and MBC that he had filed at the Seoul Central District Prosecutors' Office in June 2018 after the prosecutors’ office ruled that “there is not enough evidence to charge the woman and the crew of the broadcasting station MBC.”

Last February, Kim also filed a 300-million-won suit against Korean Womenlink, claiming that he had suffered financial damage from the civic group’s move to remove his film from a movie festival.