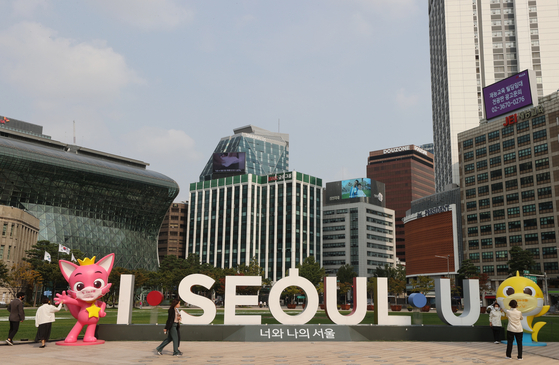 Renowned foreign pundits who spoke in a forum Wednesday discussing Seoul’s brand image all agreed that the Korean capital has made leaps of improvement over the years, but should work on being more “iconic” down the road.

Simon Anholt, a British policy advisor whose 2014 TED talk “Which country does the most good for the world?” garnered more than seven million views, said the most significant driver of a city or country’s positive image was how much of a positive impact they had on the world.

“In other words, people like good cities and good countries,” he said. “People are judged by what they do for the world, not by what they say about themselves. When a city or country — and the Republic of Korea [ROK] is the best example for this — starts to contribute meaningfully and visibly to the international community, this will improve its image and the improved image will produce vaster economic growth.”

Anholt continued that the Korean capital should start “big conversations” about how to tackle global issues with courage and imagination, while cooperating and collaborating with other countries.

Guy Sorman, a leading public intellectual in economics and philosophy, recommended that Seoul work more closely with the private sector, noting that millions of people know Samsung, Hyundai and K-pop, but that the ideas fail to “relate and connect” to one another.

Sorman also said he wasn’t enthusiastic about Seoul’s logo “I Seoul U,” saying it was “a bit abstract” and seemed to fail in conveying “much meaning,” not to mention there was “nothing Korean” about it. Instead, he suggested Seoul promotes itself by the following three keywords: safe, ancient and eternal.

Jacques Attali, a French economist and futurist, lauded Seoul’s logo, saying it shows how much the city loves people and vice versa. Attali, however, said Seoul wasn’t iconic enough when compared to other global cities such as New York City, saying it should attract more people by making “almost everything” reachable within 15 minutes, such as hospitals, schools, theaters and parks.