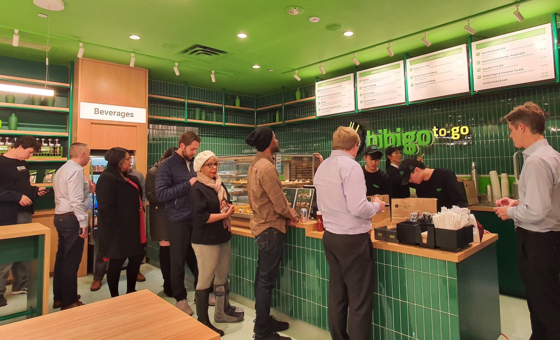 People line up at a Bibigo pop up restaurant in Manhattan in January. [CJ CHEILJEDANG]


Time was when kimchi was Korea’s most famous export — not anymore. The napa cabbage staple has been eclipsed by spicy Shin ramyun, Korean music, traditional attire, zombie films and any number of cool and tasty products.


Yure Liu, a Chinese resident in Korea who uses a Spanish first name, is a willing victim of Korea’s export wave.

The 26-year-old, a Chinese language teacher and a ramyeon enthusiast, came to Korea five years ago after graduating a university in the port city of Dalian in China.

She majored in teaching Chinese to foreigners. After graduating, she was Korea-bound. It was her top and only choice.

“I came to Korea because of ramyeon,” said Liu, speaking in excellent Korean. “Korean ramyeon is forever the king of all food.”

She named the combo of the black-bean Chapagetti noodles, Spicy Buldak Ramen and fried spicy cheese noodles from GS25 as a few of her favorite noodles, saying that Korean ramyeon is often sweet and spicy and less oily than Chinese noodles.

She is also a major K-pop fan.

As a major fan of boy group NCT, she voluntarily interprets Korean programs and performances featuring the singers into Chinese. She spent two hours just to interpret a nine-minute video featuring NCT. “I turned into a free message-deliverer out of love.”

“Korean companies are expanding business overseas in line with the Korean Wave, as the consumer market in Korea has reached its peak,” said Prof. Seo Yong-gu, who teaches business at Sookmyung Women’s University. “Many Korean companies are choosing to partner with local firms or conduct mergers and acquisitions to succeed in the overseas markets. Their targets are developed countries or developing countries with growing purchasing power like Vietnam.”

While most firms suffered from the Covid-19 pandemic, food companies enjoyed a major growth, in part because of the growing popularity of their products overseas.

Companies that sell instant food like snacks and noodles, in particular, did well abroad, as more people relied on instant food during the longer time they were forced to stay home to avoid crowds.

Nongshim, well-known for Shin Ramyun, reported 85.27 billion won ($75.24 million) in net profit in the first half of the year, up 153 percent on year, while CJ CheilJedang reported 609.94-billion-won net profit during the same period, up 658 percent on year.

Hite Jinro, Korea’s largest soju maker, swung to profit in the first half of the year compared to the same period last year as people drank more at home in part due to the pandemic.

CJ CheilJedang, recognized for its Bibigo brand, is at the vanguard.

With the goal to globalize Korean food, the company acquired the U.S.-based Schwan’s, which specializes in frozen food, in 2018. It hopes to sell Bibigo products at major retailers, like Walmart, where Schwan's has existing business relations.

Dumplings are its most ambitious and successful project so far.

“Dumplings are a form of food wrapped in flour,” said Lee Hye-jin, a spokesperson for CJ CheilJedang. “It is accessible almost everywhere around the world in various forms like tortillas. People are used to dumplings, and they can be modified to put in the kinds of food local people like inside the flour.”

Its global dumplings sales as of August stood at 715.8 billion won. Overseas sales accounted for 67.4 percent of the total sales, led by the United States.

Though not yet as well-received as dumplings, laver is another type of food CJ CheilJedang is pushing overseas.

Unlike Koreans, who eat laver with rice during a meal, Europeans and Americans tend to eat laver as snacks. Targeting them, CJ CheilJedang made it crispier and added flavors.

“Although Bibigo is popular in certain areas, its brand power is still a little weak. Korean culture first needs to become popular for its food to gain recognition. That’s why we invest in exposing our brand in cultural events,” Lee said.

The company sponsored the PGA Tour’s CJ Cup this year. The golf competition has been held on Jeju Island since its inception in 2017, but it was held in Las Vegas this year. The company hopes sponsoring the event this year raised the brand’s exposure in America. It also annually sponsors KCON, a major K-pop and Korean culture festival series.

Lim Gyeong-rok, a spokesperson for Shinsegae Food, agrees with the importance of culture when it comes to food exports.

In line with the global popularity of frozen dumplings, Shinsegae Food started exporting meat-free dumplings in July, targeting North America and Sydney. Korean-style dumplings, which have thinner skin and contain more vegetables, are being marketed as healthy food abroad, according to Shinsegae Food. It says they are lower in carbohydrates and have more protein than dumplings from other countries.

Korea Ginseng Corporation (KGC) is among leveraging off the popularity of Korean culture to promote its products.

It hired actor Lee Min-ho as the model to promote the CheongKwanJang ginseng brand to global customers, including China, Japan and Singapore.

“Hiring celebrities popular abroad is an effective marketing strategy to promote our products,” said Lee Jong-hui, a spokesperson for KGC. “Before Lee, actor Lee Dong-wook was a model in Taiwan because he was well-received for the sensational drama ‘Guardian: The Lonely and Great God.’” 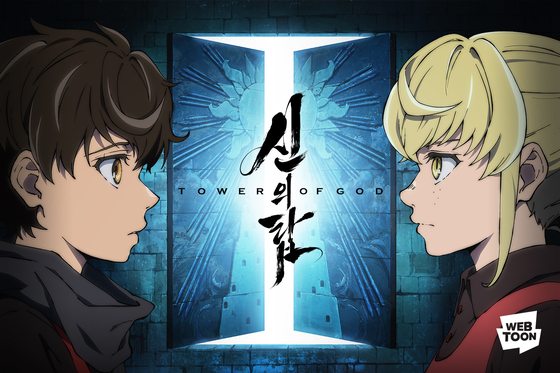 Apart from Korean music, films and dramas, Korean webtoons are a relatively new type of entertainment content that is gaining popularity abroad. Combining the two words web and cartoon, webtoon refers to online comics that are optimized for mobile viewership.

Among the most popular webtoons abroad is Naver’s “True Beauty.” A romance story featuring a beautiful high school girl, whose beauty turns out to be a product of highly skilled makeup application, the webtoon is being particularly well received in the United States and France. A drama based on the story is scheduled to go on air starting in December.

Naver’s goal is to release more global webtoons that could be remade into dramas, animations, movies and games, just like the Marvel Universe.

Naver, the largest webtoon player in Korea, jumped into the webtoon business in 2004, and went global in 2014 with the launch of Line Webtoon.

Currently available in around 100 countries, including the United States, Taiwan, Indonesia and Thailand, the monthly active users stood at 67 million globally as of August. Among them, around 10 million users are from the United States.

“Translating the original story into other languages entails difficulties because each country has a different culture,” said Jeong Jae-uk, a spokesperson for Naver. “Not to mention the nuance of a language, especially humor, details of pictures, like finger movements, need to be carefully tended because what is okay in one country could be insulting in another.

To expand the business, Naver has reorganized its corporate structure to designate its U.S. subsidiary, Webtoon Entertainment, as the main unit for its webtoon business in May. Naver hopes Webtoon Entertainment will spearhead expansion into Latin America and Europe, and form partnerships with multinational entertainment players for licensing its intellectual property.

Kakao is currently focused more on Japan for its web content business.

Kakao Japan operates Piccoma webtoon platform in the neighboring country. Since it was launched in 2016, its sales more than doubled every year, according to Kakao Page.

Kakao Japan is a subsidiary of Kakao. Kakao operates webtoon platforms in Korea, Japan and Indonesia.

“Currently, digital comics, which are scanned comic books, are big in the Japanese comic market,” said Kim In-kyeong, a spokesperson for Kakao Page, which operates the webtoon business. “Although webtoons in Japan aren’t as big as it is in Korea, it is a rapidly developing market. Game fantasy is a particularly popular genre in Japan.”

She cited “Solo Leveling,” a story on a weak hunter who one day becomes the strongest hunter in a world where hunters battle monsters invading humanity.

“It was first based on a web novel, and then was turned into a webtoon. Popular stories are made into various formats from web novels into webtoons and vice versa, creating synergy effects,” Kim said.

Kakao Page’s total transaction amount on intellectual property last year was 320 billion won, up 28 percent from a year before. It projects the amount to surpass 500 billion won this year.

Smaller players engaged in the web content business include Lezhin Comics and KT.

Lee Hui-jin, a spokesperson for CJ ENM, said web content-based dramas have numerous benefits. They could go viral well before the series goes on air and can also secure a certain level of viewership. If the original content is popular, content houses can also expect the dramas to be streamed or aired abroad.

“Webtoon-based dramas have proven to be successful, like the popular ‘Misaeng’ [2014]. But there are limits to the types of webtoons that could be turned into dramas. They shouldn’t require heavy use of computer graphics and only include a small number of characters,” Lee added.

Girl group Blackpink performs in modified hanbok (traditional Korean attire) in a ’How You Like That“ music video. [SCREEN CAPTURE]

When the first season of the historical zombie drama “Kingdom” was released on Netflix last year, people from around the world were shocked by the zombies and intrigued by the traditional costumes.

Many around the world said they were impressed by the gat, or traditional hat of Korea.

“Really enjoying Kingdom on Netflix, the Joseon era Korean zombie show, but can we talk about all the hats in the show for a hot second?” John Hornor Jacobs, an American author behind the novel “Southern Gods” (2011), tweeted.

Gat are even being sold on Amazon.

The trend is also evident in the music industry.

When K-pop group Blackpink released the “How You Like That” in June, fans from around the world were fascinated by the colorful and modified hanbok, or traditional Korean dress, they wore in the music video.

The music video inspired foreigners to upload their own version of the song while donning similar attire.

BTS generated a similar response when they performed “Idol” while wearing hanbok during the Melon Music Awards in 2018. 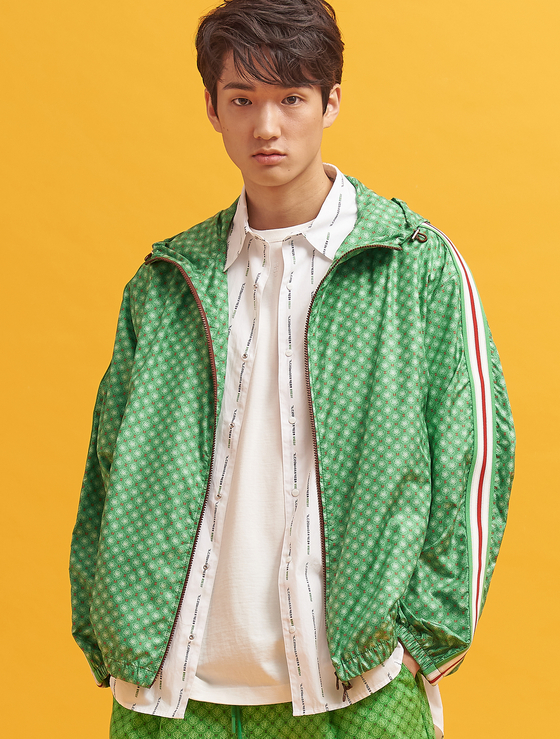 Samsung C&T is hoping to jump on the bandwagon.

“Korean culture abroad is growing more popular as the world starts to embrace diversity,” said pop culture critic Mimyo. “It’s an exaggeration to say that the world is captivated by K-pop, but it has contributed in raising and expanding people’s interest towards other Korea-related industries.”

Others think the trend is only temporary.

“Entry barrier for fashion is very high,” said a person from a fashion industry who wished to remain anonymous. “Korean clothes become popular because Blackpink and BTS wore them. It’s just part of a cultural phenomenon, and is temporary. Europe and the Unites States have very high pride in fashion, and it’s not easy for a Korean brand to succeed in the West, where fashion originated.”

[WHY] The rise of webtoons means fat pay checks, but only for a few