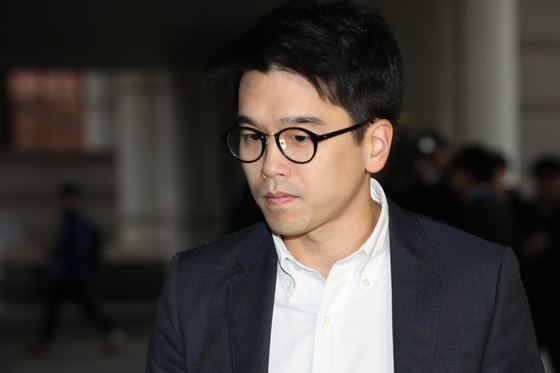 
Lee Sun-ho, the son of CJ Group Chairman Lee Jay-hyun, returned to CJ CheilJedang on Monday, a year after he was caught trying to smuggle drugs.

Lee, 32, returned to the CJ CheilJedang division handling global business, a year and four months after he withdrew from management in September 2019 after he was caught trying to smuggle cartridges of liquid THC and other illegal substances into Korea.

He has deep understanding of the U.S. market, and played a crucial role in CJ CheilJedang’s post-merger integration with Schwan’s Company, a U.S.-based frozen food company, according to a spokesperson for the company.

Lee is expected to develop new Korean food that could gain popularity abroad.

Born in 1990, Lee is a graduate of Columbia University in New York City with a degree in finance. He entered CJ CheilJedang in 2013.

In the first trial in October 2019, Lee was sentenced to three years in prison, suspended for four years. The sentence remained unchanged in the appeals trial held last year.