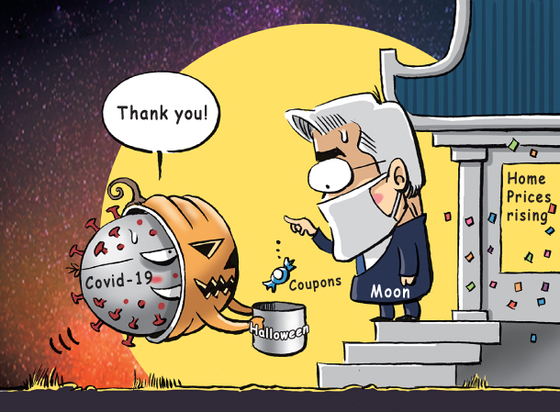 Despite remaining concerns about Covid-19, the Moon Jae-in administration plans to dole out discount coupons to boost consumption during the Halloween weekend starting Oct. 31. In the meantime, the prices of houses owned by high-level officials in the Prime Minister’s Office have increased by 500 million won ($441,000) on average since the launch of the Moon Jae-in administration in 2017 despite its efforts to cool the real estate market, according to the Citizens’ Coalition for Economic Justice. [PARK YONG-SEOK]