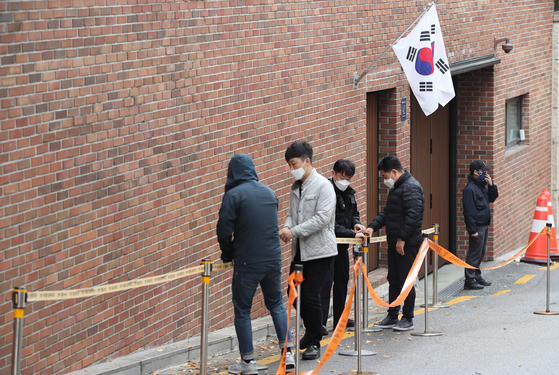 Police officers set up a cordon to create a barrier for protesters in front of the residence of former President Lee Myung-bak in Nonhyeon-dong of Gangnam District, southern Seoul, on Sunday. Lee will be jailed again on Monday after the Supreme Court upheld a 17-year prison sentence Thursday, handed down by an appeals court for former President Lee on embezzlement and bribery charges. [NEWS1]