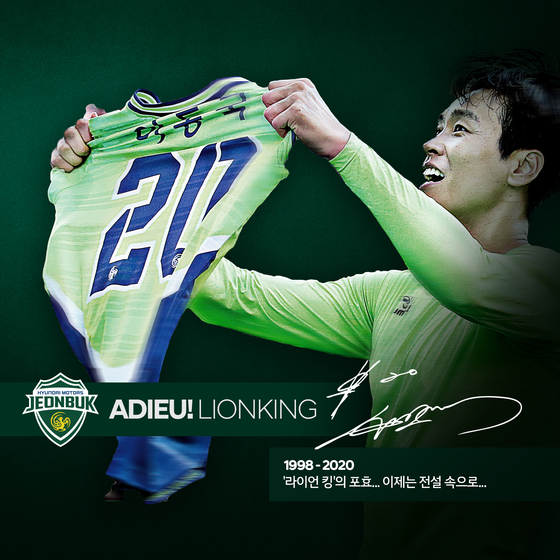 LEE DONG-HYUN
The author is a deputy head of industry 1 teamof the JoongAng Ilbo.

Actually, Hank Aaron was an MLB annual home run leader only four times. Playing in the league for 23 years, Aaron broke Babe Ruth’s career home run record of 714 in 1974. Through his retirement in 1976, Aaron hit a total of 755 home runs, a record broken by Barry Bonds 31 years later. However, many people believe Aaron is the true career home run leader despite Bonds, who was suspected of steroid use.

The four-time league home run leader never hit more than 50 home runs in one season. The most he hit was 47, in 1971. While Aaron never hit 50 to 60 home runs in a season, he has never spent a year without hitting double-digit home runs. In his last season, he played just 85 games and yet hit 10 home runs.

I brought up the career of Hank Aaron because of Korea’s football player Lee Dong-gook, who announced his retirement last week. The 41-year-old footballer’s 23-year career is engraved in the memories of fans in their 30s and 40s — from Lee as a young player who made a clean mid-range kick at the France World Cup in 1998 to a father of five children on a television show.

Some say Lee is an unfortunate player, but he remains as a K-League legend for never giving up. His records of career goals of 228 and most field participation of 547 matches are not likely to be broken soon. It may sound like too much to compare Lee to Hank Aaron. But when it comes to his tirelessness over 23 years, there are few sports stars worthy of the comparison.