Clunker ban back in effect to fight fine dust

Clunker ban back in effect to fight fine dust 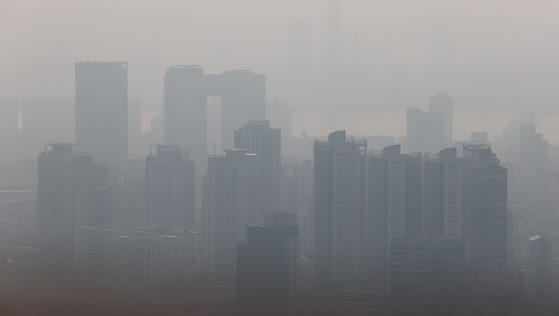 
Starting next month, all outdated vehicles — those manufactured before 2005 for diesel and 1987 for gasoline — will be prohibited from operating within the greater Seoul area if they do not install emission reduction systems.

The government on Monday decided to run the seasonal fine dust restriction for four months until March to fight the worsening pollution.

Recently, fine dust levels have been on the rise.

The government first imposed the restrictions on outdated vehicles between December 2019 and March this year.

This year, the measure is being taken following the passage of relevant laws.

The restriction on outdated vehicles, which was applied between late 2019 and March of this year applied only to Seoul as the Gyeonggi and Incheon local governments were considered unprepared.

Another problem that the government faced was that many of the vehicle owners were low-income households, and some are heavily dependent of their vehicles.

The government decided to give several exemptions. A one-month grace period has been allowed for the installation of the filters. Those living on government basic income subsidies will be exempt.

If the vehicle owner is fined, the fine will be refunded if they install the filter by November 2021.

The Gyeonggi and Incheon governments will exempt those that previously applied for the local government subsidies in swapping their outdated vehicles for new environmentally friendly vehicles.

The government said this year’s fine dust in the first nine months of this year is down 25 percent compared to the average of the same period in the previous three years.

The government has taken dust mitigation measures, the environment in China has improved and the pandemic has reduced activity.

But it was noted that the fine dust situation could worsen anytime especially in the winter.

Environment Minister Cho Myung-rae said the government will look into expanding the restriction to regions outside of Seoul next year.

“We will make it so that there will no longer be any vehicles that haven’t taken steps in reducing pollution,” Cho said.

The main target has been diesel vehicles, which were estimated to be the largest contributor of fine dust in the greater Seoul area.

An estimated 1.78 million nationwide are in this group, and 1.46 million haven’t added the filter.

In addition to restricting outdated vehicles in the greater Seoul area, the government until March will be encouraging the participation of ports as well as major plants in lowering fine dust emissions. It will use 80 drones and 32 vehicles to monitor for violations.

Nothing to brag about