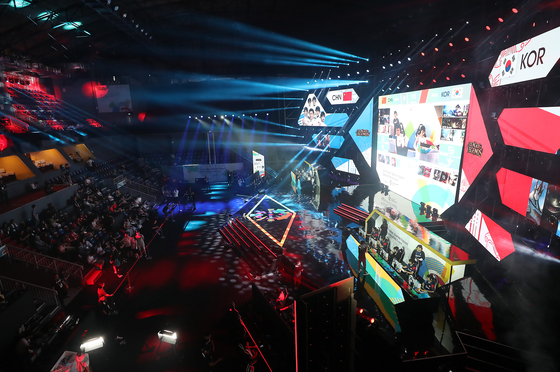 
Food companies are using Esports to market their products — acquiring teams and pouring money into massive sponsorships — in a bid to grab the attention of young consumers.

Team Dynamics is one of 10 teams in the League of Legends Champions Korea (LCK) Franchise, a regional league of the game’s international championship. Only the top three finalists receive the ticket to enter the world championship each year.

The team will be rebranded in December and start competing in the LCK spring season, set to launch in January. Nongshim will sponsor all management costs, including a massive entrance fee which can range up to 10 to 12 billion won ($8.8 million to $10 million). 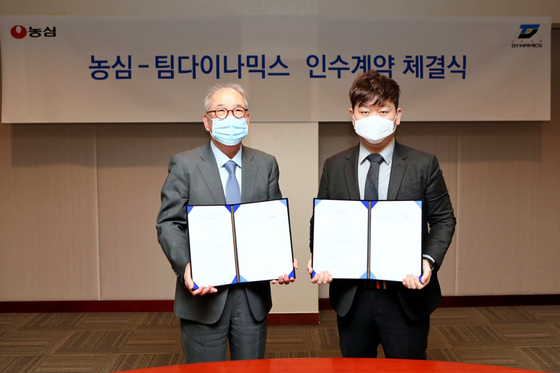 
Nongshim said it wants to benefit from the global popularity and huge growth potential of Esports.

An estimated 100 million people around the globe are fans of Esports. Among the many genres, the game LoL is in a league of its own in terms of popularity. The game reached 5.2 million average monthly players in 2019, the company said.

Esports fans are on average 25 years old, said the spokesperson for T1, which corresponds to the core consumer demographic of confectionery products.

“Our so-called heavy users are consumers in their teens to 30s,” said Yoo Ji-won, a spokesperson for Nongshim.

“Although we’ve hosted the World Baduk Championship for the Nongshim Shin Ramyun Cup for years, we wanted to connect with younger people, which is the reason why we acquired the League of Legends team. We hope to form a younger brand image by using Esports [to promote] our products like ramen and snacks.”

Meanwhile, Hankuk Yakult, a probiotic drinks maker, inked a naming partnership with LoL's Esports team Brion Blade in June, changing its name to Hyfresh Blade to include the name of the company’s online shopping mall. 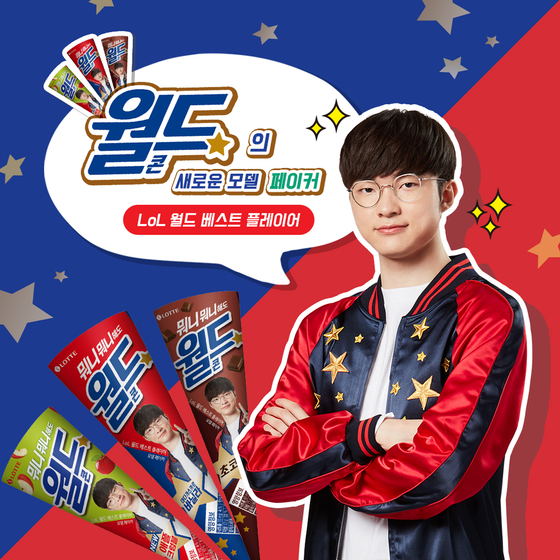 
Lotte Confectionery announced it will officially sponsor the LCK summer season in April this year and paid LoL celebrity gamer Faker of team T1 to model Lotte’s World Cone soft serve ice cream products. According to the company, sales of the ice cream grew about 5 to 10 percent on year in the third quarter.

“The global market for Esports has already surpassed one trillion won and is projected to grow explosively,” said Michael Kim, director of Interbrand, a global marketing consultancy.

“Many products owned by confectionery makers are long-lived. Companies will use Esports to escape from this old brand image and secure the millennial and Generation Z consumers with strong spending power. Esports will become a good marketing channel for companies across the board.”