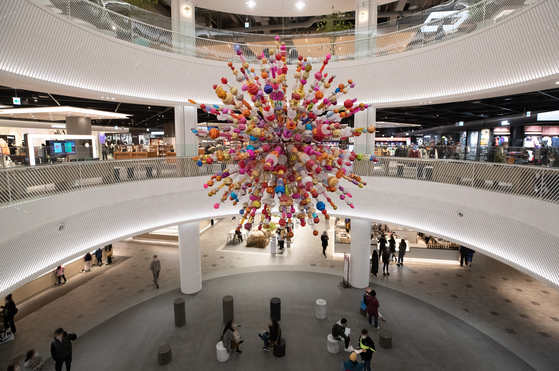 Hyundai Department Store’s newly opened premium outlet in Namyangju, Gyeonggi, on Wednesday has six stories including a basement. Not only is it the largest premium outlet in the country, it is also the nearest to Seoul, according to the department store. It is only 17 kilometers (10.5 miles) from Gangnam Station and 16.1 kilometers from the Seoul City Hall.

Wish upon a lantern