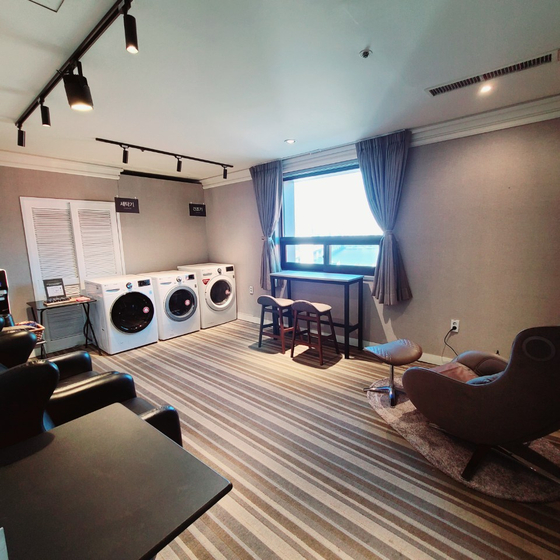 
As Covid-19 continues to restrict international travel, hotels are taking a different approach to survive the pandemic.


Instead of targeting foreign tourists, hotels are increasingly rolling out promotions for locals, especially long-term guests and office workers looking for a place to stay near their office.

The number of people who stayed at an accommodation for at least three nights jumped 615 percent in July and August compared to a year ago, according to data published by e-commerce platform WeMakePrice.

In response, hotels are aggressively promoting deals for stays of one week or more.

For the first time, Lotte Hotel & Resorts is offering promotions for long-term guests at its Jeju branch.

Until Dec. 25, guests who stay at Lotte Hotel in Jeju for at least five days can either stay in deluxe or premiere rooms with ocean views. There won’t be a special discount, but they will get a better view than regular guests. They will also receive two tickets to dine at the Canvas restaurant inside the hotel for breakfast, which costs 49,000 won ($44) per person, and receive vouchers to work out at the fitness club.

Although the hotel price changes depending on the season, those who stay at the hotel for at least 15 days will get reduced costs. Usually, the rooms cost around 350,000 won per night.

“Before Covid-19, locals, especially young people, spent vacations abroad. But since going abroad became fundamentally difficult, there seems to be a thirst for travel. We thought hotels could resolve that thirst by offering long-term packages,” Kim said. “In fact, during the summer vacation season this year, Lotte Hotel in Jeju was hardly affected by Covid-19.”

For people from rural areas looking to spend holidays in Seoul, Lotte Hotel rolled out a luxury one-week promotion at its Seoul branch, which will be available through next month. Guests can get an upgraded room for the price of a regular room, with spa service. It’s 3.3 million won for those spending seven nights straight, excluding tax.

Under the package, guests can stay at the hotel for a month for 1.5 million won, including taxes. They get their bed sheets cleaned twice every week and can get 20 percent off at restaurants inside the hotel.

“Ibis Ambassador Seoul Myeong-dong is close to Seoul Station, Gwangwhamun and Dongdaemun in central Seoul, where major banks and foreign-based companies are concentrated,” said Son Song-yi, a public relations executive from the hotel.

“Myeong-dong hotel used to be very popular among foreigners. But since Covid-19, foreign guests nosedived, so we had to take a new approach. Since not many Koreans usually come or stay in Myeong-dong, we decided to target office workers.”

Ibis Styles Ambassador Seoul Gangnam in southern Seoul is targeting students preparing for the college entrance exam and their parents.

Under a newly introduced package, guests can stay at the hotel for a month for 1.5 million won, excluding tax, with a 50 percent discount on breakfast from the hotel restaurant.

“Since the hotel is located near Daechi-dong, southern Seoul, where renowned private educational institutes abound, students and parents from across the country come to Gangnam and stay long-term at the hotel, especially during the summer and winter seasons.” Song added, “Such demand has been there for years, but we’ve introduced these promotions recently to secure loyal customers at a time when the types of people staying at our hotels have changed [since the pandemic].” 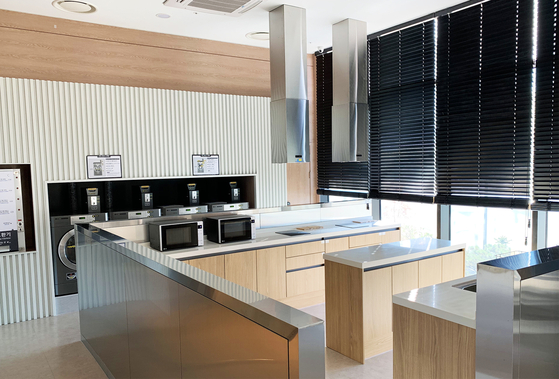 The lounge has been designed for guests staying at Novotel and Ibis Styles Ambassador. 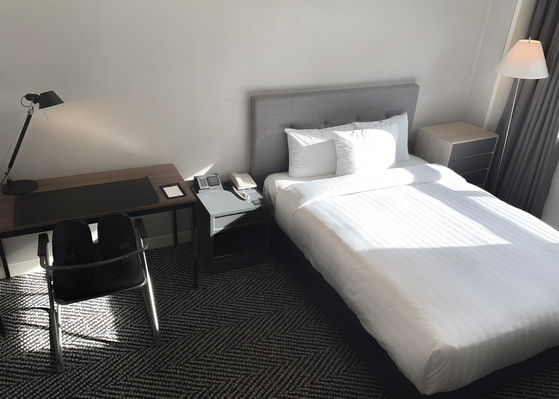 
Han Yuri, a spokesperson for Kensington Hotel, said the recent jeonse (long-term housing rental deposit) crisis has also raised demand for long-term hotel stays. The prolonged Covid-19 outbreak, which is encouraging people to minimize human contact, has also contributed to the popularity of hotels when they need a place to stay, according to Han.

Kensington Hotel Yeouido in western Seoul has decided to prolong its long-term stay package until next year. The promotion was rolled out in October and was scheduled to last until December.

“As the situation has changed, we have found a new insight,” said Han.