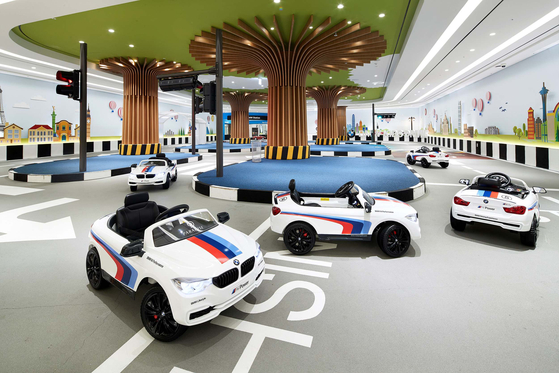 Yoo In-seong, 47, a resident of Paju, Gyeonggi, recently visited a hotel to enjoy a leisurely vacation with his wife and children. The kids spent time at a kid's library at the hotel reading books and playing games while he and his wife got a massage.

“I searched the internet to find a good hotel to bring my children,” Yoo said. “It was such a great vacation as all my family members could enjoy what they each like.”

The sales at hard-hit hotels have been increasing again largely led by customers who visit with their children.

With the coronavirus pandemic, hotels suffered due to a sharp decline in customer numbers and occupancy rates. According to the Korea Hotel Association, the occupancy rates at hotels in Korea, which are normally between 40 and 60 percent, dropped to some 20 percent last year due to the pandemic.

In September last year, the number of foreign tourists to the country plunged by 95.5 percent compared to the same month a year earlier. The damage to the hotel industry is estimated at about 1.84 trillion won ($1.66 billion). 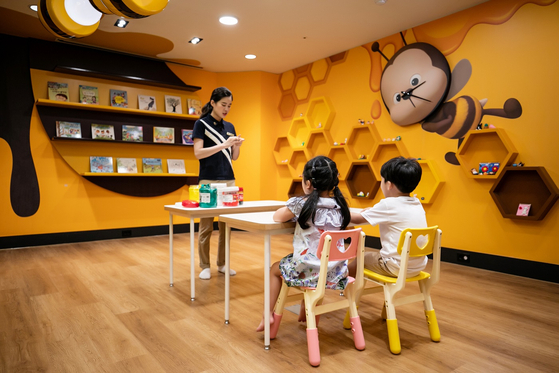 Sales have been rising again since they have strengthened their services and packages targeting kids.

According to Paradise Hotel Busan, sales in the third quarter of last year were up 59.2 percent compared to the previous quarter. The occupancy rate, which was only about 40 percent during the first half of the year, increased to 66.6 percent in the third quarter.

The school vacation period and growing number of kid customers were the main driving forces.

The hotel has a Kids Village, which offers various services to children, such as BMW Kids Driving Zone and virtual reality (VR) exhibition.

During the July-to-August period when schools started summer vacation, of all reservations made for Paradise Hotel Busan, more than 70 percent were customers who visited with their children. The hotel said the occupancy rate is likely to increase further in January and February as school winter vacations have started.

Kensington Hotel Pyeongchang in Gangwon has been attracting customers by starting a kid’s service since early 2019. The kid’s rooms have names like My Car — where the bed and room have been designed as cars — and Paw in Paw Room — which has been designed with the popular cartoon character Paw in Paw in mind.

According to the hotel, its occupancy rate for kid’s rooms exceeded 90 percent during the summer and winter vacations last year even after the coronavirus outbreak.

The occupancy rate for kid’s rooms at the Kensington Resort Seorak Valley in Gangwon is also some 5 to 10 percent higher than the regular rooms.

The hotels are also offering various experiences and events as part of efforts to attract customers.

Only 10 people were allowed to apply for the camp, and all seats were booked in less than a day.

“We have been concentrating on strengthening programs for children that can allow kids to spend their vacation wisely and safely by spending time at the hotel in the era of coronavirus,” said a spokesperson for Paradise Hotel Busan.

The occupancy rate for Lotte Hotel Jeju’s Active & Creative Entertainer (ACE) service, which offers various events in which customers can participate with their children, increased 15 percent in January compared to a month ago.

Of the services, All Day Kids program is particularly popular — which allows parents to enjoy a yacht tour while their children take cooking and painting classes.

The Kensington Resort Seorak Beach also runs a Cocomong Magic School, which helps kids learn how to do magic from professional magicians.

Grand Josun Busan and Jeju have designated an entire floor of the hotels for kids and offer them various programs such as cooking classes.