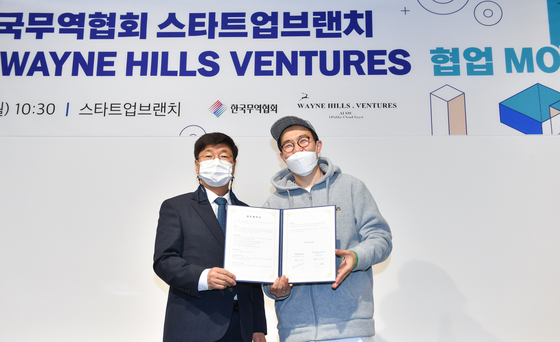 The export promoting agency said that the start-up will make advertising videos for KITA member companies interested in exporting their products using its text-to-video making platform.

The tool is capable of automatically outlining video based on text-based input as its natural language processing technology pairs the subject matter in the generated script with relevant footage or images.

KITA first discussed a potential partnership with Wayne Hills Ventures at an event in July, where the company pitched its business idea.

The agreement is the latest in a series of moves by KITA aimed at connecting companies with corporations in need of high-tech services.

Its service can give consumer feedback in the form of video chats to those exporters.

KITA also works with Allganize, a company developing programs capable of answering consumer inquiries, to have the unit deal with requests.

The trade agency also partnered with Law&Good to provide legal consulting for its members free of charge or at discounted prices.

“We will continue to collaborate with start-ups to help boost innovation in the trade industry,” said Lee Dong-ki, head of the Innovation and Startup Group at KITA.