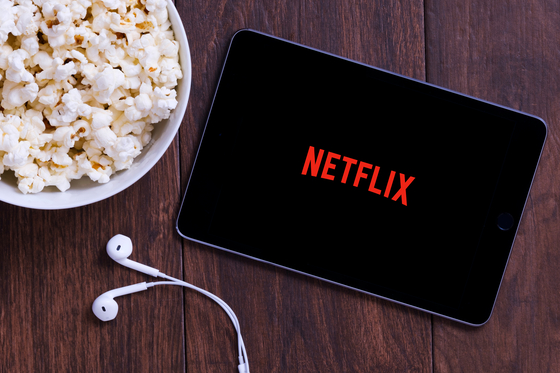 Pandemic binge watching paid off for some companies, with Netflix having a record month in Korea in October, according to estimates by WiseApp Tuesday.

Koreans paid an estimated 51.4 billion won ($46.1 million) to Netflix for their October subscriptions, nearly doubled from the 26.1 billion won during the same period a year earlier. Compared to a month earlier, it is a 11.3 percent increase.

Korean subscribers on average pay about 14,205 won per month. 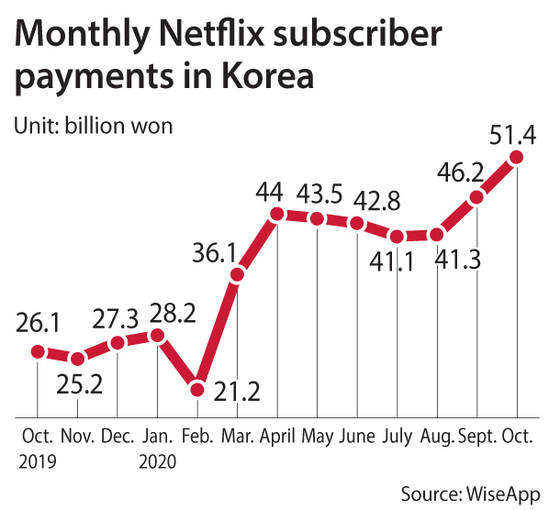 Netflix subscribers have been increasing sharply during to the coronavirus pandemic. The total monthly payments were about 21.2 billion won in February, but increased to 36.1 billion won in March, and 44 billion won in April. It broke the 50-billion-won mark in September for the first time.

"Korean consumers can make the payment not only through their credit cards but also through their mobile carrier plans or iTunes," a spokesperson for WiseApp said. "There will be more Netflix subscribers in Korea."

Netflix announced it added some 25 million new subscribers in the first half of the year.

[VIDEO] From ‘Squid Game’ to K-zombies, why is Korean content flourishing on Netflix?