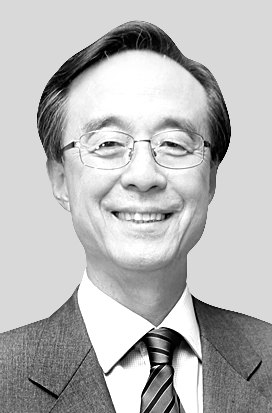 Han Sung-joo
The author is a former foreign minister and professor emeritus at Korea University.

Former Vice President Joe Biden, the presidential candidate of the Democratic Party, won the election on Saturday after an unprecedented process. The biggest event in the latest U.S. presidential election was not Biden’s victory, but President Donald Trump’s defeat. Biden is heavily burdened because he will face four years of misgovernance by his predecessor when he takes office in January. He is responsible for restoring the soul of the United States of America. In his victory speech, Biden said this is “a time to heal,” and “I pledge to be a president who seeks not to divide but unify, who doesn’t see red states and blue states, only sees the United States.”

During the four years of Trump’s presidency, the United States was split between the rich and poor, urban and rural areas and whites and non-whites. The country was split over ideologies, globalization and global warming. Under the slogan of “America First,” Trump fueled racial conflicts. Trump’s destructive actions and policies on race were an incurable illness in the United States.

Furthermore, Trump wielded the power, backed by millions of Twitter followers. Concerns grew that democracy in the United States would disappear. It is an irony that such concerns were raised in the cradle of democracy. 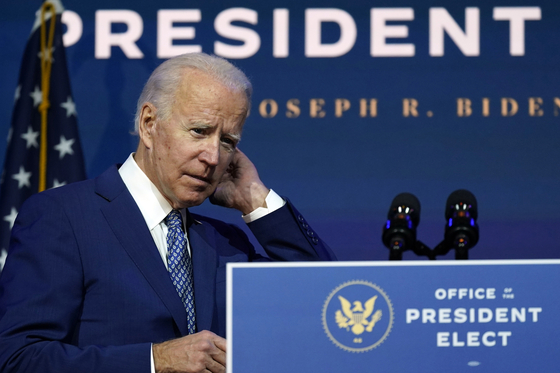 After he takes office, Biden’s most urgent task will be uniting the United States. That will also restore democracy by healing the wounds inflicted by Trump. Biden’s victory confirmed once again the principles of democracy and constitutional rights to pursue freedom, equality and happiness.

A veteran public servant with a 47-year career, Biden served as the chairman of the Senate Foreign Relations Committee and vice president, armed with ample experiences and knowledge in foreign affairs and national security.

He is now facing the difficult task of normalizing alliances by restoring trust with allies. Trump had made decisions on all foreign affairs issues, including national security, based on political interests. He particularly focused on his 2020 re-election. Now, Biden has to restore the prestige and confidence of the United States and restore the country’s leadership in the international community.

Trump had also worsened the U.S. relations with China. Biden is tasked to seek balance and peaceful coexistence with China through refined diplomacy.

Since Biden served as the Senate Foreign Relations Committee chairman, I have maintained friendship with him and his aides. I believe they have a great understanding on Northeast Asia and Korean affairs. I believe the Biden presidency will offer a good opportunity for us to elevate the Korea-U.S. alliance.

Trump’s North Korea diplomacy was some kind of a show intended to tell the public that he resolved the North Korean nuclear crisis once and for all, although many concessions were made. South Korea had to be satisfied with a small role. Trump also worsened U.S. relations with its allies, including the NATO members and South Korea by forcing them to share unreasonably high expenses for the U.S. troops stationed in those countries.

While the U.S. relations with its allies worsened, Trump nurtured his friendships with dictators. That was why former deputy secretary of state Antony Blinken criticized Trump’s diplomacy for lacking the people, progress and strategy.

Biden will also have to put all efforts to fight the Covid-19 pandemic. Although Trump had information that the virus was fatal and can easily spread, he concealed it to the public and assured that it would soon be conquered. He can produce lies, but the facts don’t disappear. The United States sees 110,000 new cases a day. Biden should accept medical experts’ advices and enforce strong social distancing measures as he promised, and support efforts to develop effective cures and vaccine.

Biden is also tasked to restore the U.S. leadership on global issues such as climate change, the environment and human rights. Under Trump’s presidency, the United States withdrew from the Paris Agreement on climate change and the Trans-Pacific Partnership. As a result, America gave up its leadership in global and regional trade negotiations and strengthened China’s influence.

Most of all, Biden will have to focus his efforts on drawing up a new international strategy and create an environment where the United States and its allies can jointly pursue peace, prosperity and security.

The Moon Jae-in administration must closely cooperate with the Biden administration and strengthen the Korea-U.S. alliance. At the same time, it must also pay attention to multilateral security cooperation.

Depending on our efforts, the Biden administration is ready to make a greater contribution to Korea’s security, the Korean Peninsula’s stability and flexible management of the Korean division.