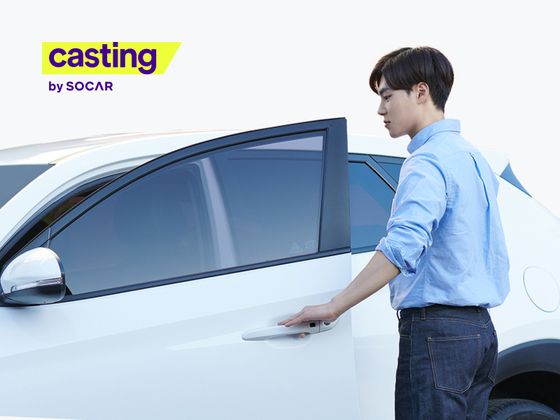 Socar sent a request for proposal (RFP) to six local brokerage firms. Details of the underwriter for the IPO and the date have not been decided yet, according to the car-sharing service company.

The push to go public comes nine years after the company started its business in Jeju in 2011. Socar only had 100 cars available at the time.

Socar quickly gained popularity with its system that allows people to rent cars on a 10-minute basis with a minimum of 30 minutes. The number of registered members was only about 3,000 in 2012, but increased dramatically over the past few years and reached 6.3 million as of November this year. People in their 20s and 30s make up roughly 76 percent of all its members.

Its fast growth met a challenge in 2018, when it ended up on the wrong side of the taxi driver lobby with its Tada Basic service.

In 2018, Socar acquired mobility start-up VCNC and started the Tada Basic service. Offering ride-hailing services through 11-passenger vans, Tada linked customers to rented vans that arrive with one of 80,000 drivers hired through an external employment agency.

However, the Tada Basic service received fierce criticism from taxi drivers who argued that it is an arbitrary interpretation of the law that largely forbids privately-owned cars from offering paid transportation services. Amid the intensifying controversy, the National Assembly in April revised the domestic transportation law and Tada halted its service.

Socar is moving quickly to come up with new business models that don't anger the taxi lobby. Tada recently launched a new service "Tada Light" after obtaining a government permit to operate franchise taxis, meaning it can partner with existing taxi companies to offer a mobile platform that connects drivers to customers. It gives partner taxis access to Tada's IT technology and brand in exchange for commission fees.

“After Tada Basic halted its service, Kakao Mobility has been dominating the market. With Socar’s IPO, it could become a good competitor to Kakao Mobility,” said an anonymous source from a mobility company.

Kakao Mobility looks to get moving beyond its borders