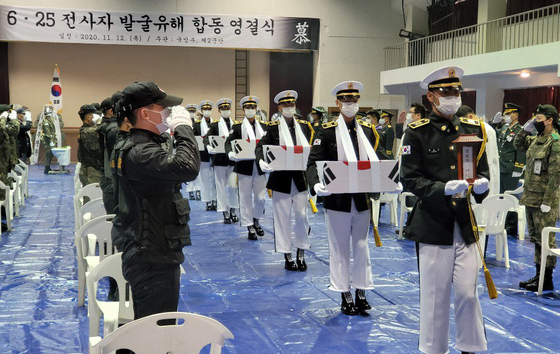 Soldiers carry boxes containing the recovered remains of fallen troops from the 1950-53 Korean War during a ceremony at the 7th Infantry Division headquarters in Hwacheon County, Gangwon, on Thursday. The remains of about 120 troops from the 2nd Corps of the South Korean Army were recovered in excavation operations in Gangwon this year. [YONHAP]