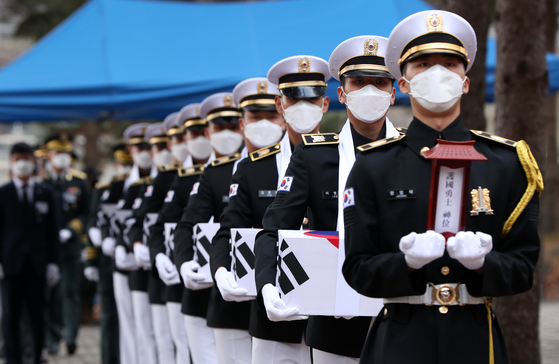 Honor guards carry caskets containing the remains of fallen soldiers during the Korean War (1950-53) to a joint funeral ceremony held at the headquarters of the 7th Army Division in Hwacheon County, Gangwon, on Thursday. This year the 2nd Army Corps excavated the remains of 68 bodies and about 8,900 articles left at the battlefields in Hwacheon and Chuncheon, Gangwon, during the war. [YONHAP]