Lives being lost to 'corona blues,' and women hit hardest

Lives being lost to 'corona blues,' and women hit hardest 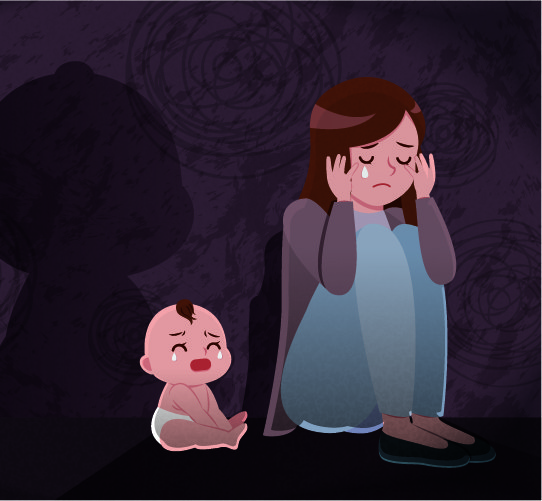 Women are more likely to get the corona blues, a recent study suggests.

According to an analysis by the Ministry of Health and Welfare, 9,355 women were transported to 65 emergency rooms throughout the country between January to August for suicide attempts, up 15 percent from the same period a year ago.

Of all those attempting suicide during the April-August period, a full 19.7 percent said they were affected directly or indirectly by the coronavirus pandemic.

“When the country meets a national crisis such as the Covid-19 outbreak, men and women handle the crisis in a different way,” Hong Jin-pyo, a psychiatrist at Samsung Medical Center, said. “Especially when they are under too much stress, there is a three or four times higher possibility that women attempt suicide than men.”

The Crisis Counseling Center, which is run by the Seoul Suicide Prevention Center, is also getting an increasing number of calls since the virus outbreak. In May, it received a total of 5,000 calls, up 31.6 percent on year. The number soared to some 5,800 this September.

Twice as many women called than men.

The burden of caring for children and doing chores may be one of the biggest reasons.

Due to the prolonged virus pandemic, which drove the shutdown of schools and the rise of remote working, homemakers in their 30s and 40s are burdened caring for their families.

A 38-year-old housewife has been struggling caring for her eight-year-old daughter whose school has been closed since March. Her husband has been away on work, so there is no one to help her.

She said she can’t even go outside due to the concerns over contracting the virus. She often has quarrels with her husband regarding the excessive amount of chores. Feeling very isolated, she has also been suffering from insomnia and acid reflux.

“I don’t know what to do now,” she said to a counselor at the Suicide Prevention Center. “I feel like I would rather die. I’ve never felt like this for my entire life so far.”

Korea is a country with a high suicide rate among elderly people or men in their 40s or 50s. The situation has been changing rapidly over the past five years, with the suicide rate for women in their 10s, 20s and 30s soaring dramatically. 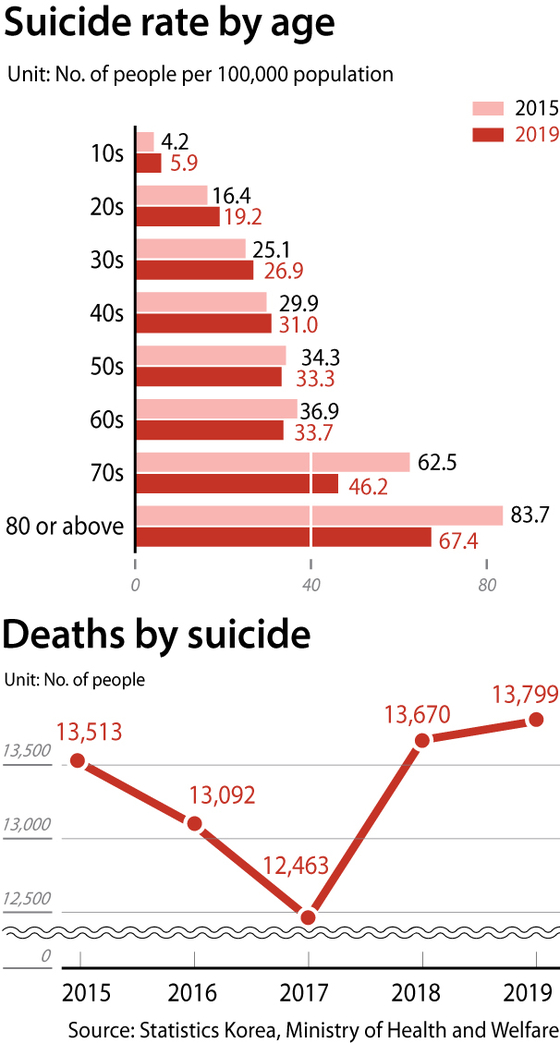 “People in their 70s and middle-aged groups used to have the highest suicide rates,” Paik Jong-woo, head of the Korea Suicide Prevention Center, said. “But recently the number of suicides by the young is increasing rapidly. The trend is largely due to the current situation of Korean society. While the government has been pushing hard for the prevention of suicide by elderly people, younger people have been suffering from record-low economic growth and a shortage of job opportunities.”

Paik also said the Werther Effect—where a suicide by a famous person leads to more suicide cases —is another reason for the recent increase in the female suicide rate.

“In case of Sulli, she was harshly attacked by the public,” Paik added. “After her death, many young females came to us crying over the problems of Korean society.”

Experts say the prolonged pandemic might increase the suicide rate for women and the young.

“There are many different and complex reasons behind why people decide to commit suicide,” Lee Yoon-ho, general manager of Citizens' Coalition for Safety, said. “At this time when younger people are suffering from social deprivation, the Covid-19 pandemic may cut their relationships, as well as cause a serious financial burden.”

“The government’s measures to prevent suicides have not been working properly for young age groups. It should look at the situation more thoroughly and try harder to come up with a prompt countermeasure,” added Lee.