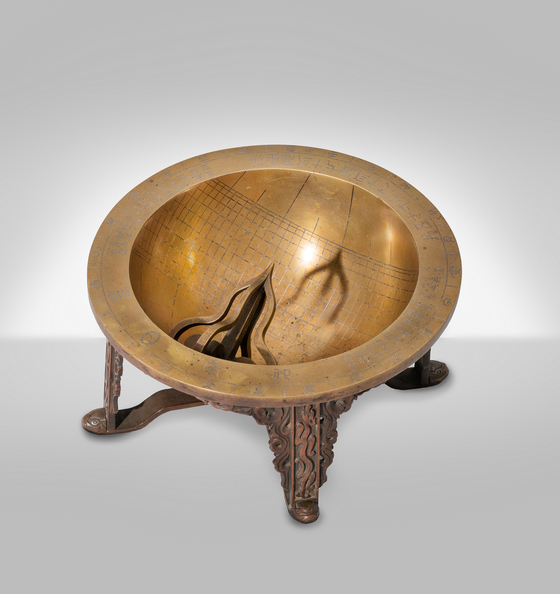 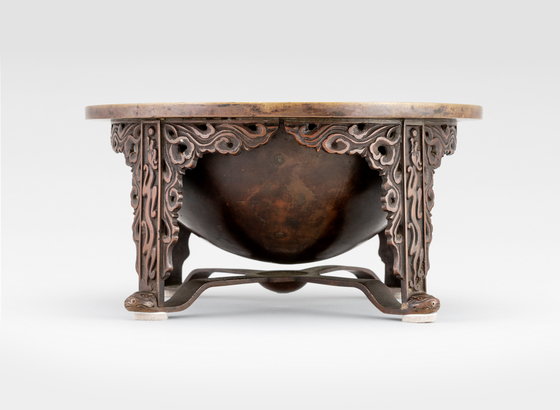 A sundial made during the Joseon Dynasty (1392-1910) known as angbuilgu has recently returned home from the United States. Korea's angbuilgu can not only tell time, but also the 24 solar seasonal terms using its engraved lines and curves. [CULTURAL HERITAGE ADMINISTRATION]


King Sejong the Great (1397-1450) earned his name, leaving a litany of legacies that still benefit Koreans to this day.

During his reign as the fourth king of the Joseon Dynasty (1392-1910), he promoted cultural, economic and scientific research and implemented numerous reforms and above all, instituted hangul, the Korean alphabet.

Most relevant to his epithet was his intention behind all that he did: to improve the lives of his people, especially the commoners.

The invention of hangul has been praised across the globe despite being the youngest writing system in the world, not only for its linguistic brilliance but also because it was created by the king to allow his people to read and write regardless of class.

It wasn’t only hangul that people could read thanks to King Sejong. He also made it possible for people to finally read time.

About 500 years ago, in October 1434, two sundials known as angbuilgu became accessible to the public for the first time in Korea’s history. They were installed in two different spots in Seoul — one in front of the Jongmyo Shrine and one in front of a small bridge called Hyejeonggyo, which was located in today’s Jongro 1-ga.

Before the angbuilgu, one of the important royal duties for the king was to observe celestial bodies in order to inform the people of solar terms and the correct time. It was King Sejong who ordered his renowned scientists to create a sundial and make it accessible to all so that everyone would be able to read time and recognize the 24 solar divisions of the year in the lunar calendar, known as jeolgi. Being able to tell time and being aware of the jeolgi was crucial for the people of the time as farming was their major source of income and how they survived. 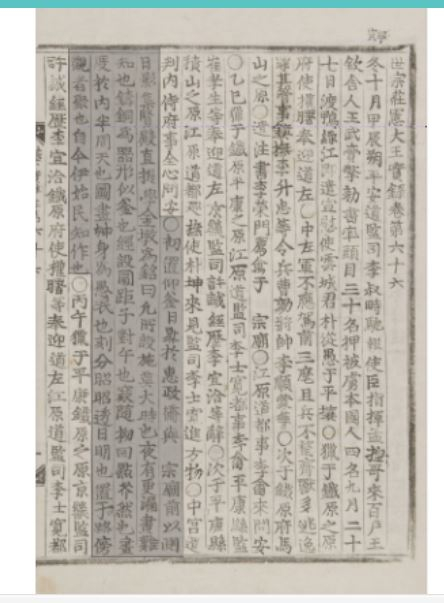 The first mention of angbuilgu appears in Sejongsillok, or the Annals of Sejong. [CHA]


In Sejongsillok, or the Annals of Sejong, it states that these cauldron-shaped sundials are created “for the people,” and that “the reason for installing them on the streets is because the spots are where people crowd.”

According to experts, various sundials were produced since then and were widely used by the people during the Joseon Dynasty.

But where are they now?

The Cultural Heritage Administration (CHA) discovered early this year that one of Korea’s angbuilgu was up for auction in the United States. Through the Overseas Korean Cultural Heritage Foundation, the Korean government managed to purchase the relic in June and bring it safely back to its motherland in August. After months of research and scrutiny, the CHA unveiled the angbuilgu to the public on Wednesday at the National Palace Museum of Korea in central Seoul. The public viewing of the angbuilgu is open until Dec. 20.

With the homecoming of the angbuilgu, CHA said there are now eight such sundials in Korea, two of which are designated as treasures. The whereabouts of three more angbuilgu are known, however, they belong to museums in Japan and England, the CHA added.

Nonetheless, the existing angbuilgu, especially the latest returnee, are historically significant in that they are the “symbol of a precious part of the scientific heritage achieved during the reign of King Sejong,” said Kim Dong-hyon, a researcher at the Overseas Korean Cultural Heritage Foundation.

Earliest records of sundials go way back, thousands of years before Christ. The hemispherical sundial is said to have originated in Greece then passed through Islamic cultures. The Islamic influences led to the creation of angui in China, which influenced the angbuilgu of the Joseon Dynasty.

So what makes angbuilgu so special and historically significant besides how it reflects the king's love for his people?

Lee Yong-sam, professor of astronomy and space science at Chungbuk National University, says unlike sundials from the West and China, angbuilgu was more than a hemispherical sundial.

“Other sundials could only tell time and did not have other functions like angbuilgu,” said the professor. “But under King Sejong’s orders, the Korean scientists developed the sundial so that it could include so much more. It’s a remarkable bowl that includes all the important astronomical information.”

The flat surface of the angbuilgu has a silver inlay, indicating the latitude of Seoul in Chinese characters. [CHA]


Lee said that such “angbuilgu that could tell not only the time, but also the 24 subdivisions of the seasons, bearings, sunset time and directions using meticulously drawn lines and points, served as a multipurpose calendar for Joseon people who were mostly farmers.”

The returned angbuilgu measures 24.1 centimeters (9.5 inches) in diameter and 11.7 centimeters in height and weighs around 4.5 kilograms (9.9 pounds). It is presumed to have been produced between the 18th and early 19th century, inferring from the altitude of the North celestial pole, or the latitude of Seoul inscribed on the sundial, which was the figure used after 1713.

Professor Lee also praised the decorative aspect of the returned angbuilgu, pointing out that the dragon and turtle head designs on the legs are not usually found. 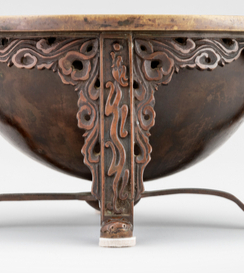 The returned angbuilgu is elaborately designed, featuring dragon and turtle head designs on the legs as well. [CHA]


“Compared to the other seven angbuilgu, the craftsmanship of the returned one is of high quality and is in good condition,” said Choi Eung-chon, chairman of the Overseas Korean Cultural Heritage Foundation. “The use of elaborate metal casting methods, refined silver inlay decoration and other features attest to an advanced level of science and artistry measuring seasons and time in Korea at the time, and render it a high-quality work of art produced by skilled artisans.”

Experts of cultural heritages also praised its return saying that this angbuilgu finally got to “tell the right time” as it only gives the correct time when it is calibrated for the latitude in Seoul. During its lost years in the United States, the angbuilgu was just a nameless antique, they said.

The Overseas Korean Cultural Heritage Foundation said it cannot disclose the name of the auction or the price it paid to bring the angbuilgu back, but said an individual American in St. Louis had put it up for sale after purchasing it at an antique market.

CHA said it will continue to work with the Overseas Korean Cultural Heritage Foundation so that it can continue to discover and retrieve such precious Korean cultural heritages currently residing abroad.