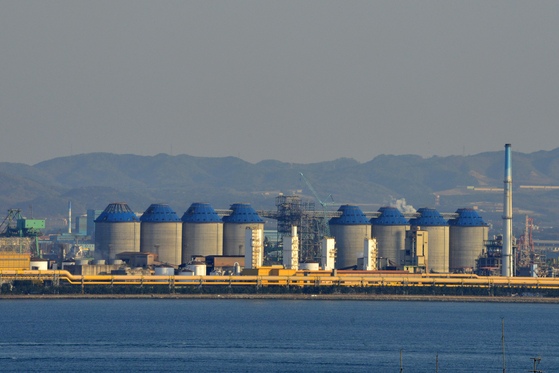 
Production of crude steel in Korea is projected to fall below 70 million tons this year for the first time in four years.


But Korea is expected to hold on to the sixth spot globally in terms of crude steel production as plummeting demand for automobiles, ships and construction impact the industry worldwide.

According to data provided by the World Steel Association and Korea Iron & Steel Association, Korea’s production of crude steel from January through September was 49.6 million tons, down 7.5 percent compared to the same period last year.

It was higher than the global average of minus 3.2 percent and better than the minus 19.1 percent in Japan, minus 18.8 percent in the United States and minus 16.5 percent in India. Bucking the trend, China produced 4.5 percent more steel during the period due to the local government’s investment in infrastructure.

The monthly production rate hovered around 5 million tons until July and started to grow in August.

Crude steel production is seen as a barometer that represents the competitiveness of a country’s steel industry.

“Crude steel production has reduced globally due to the impacts of Covid-19,” said a steel industry representative that wished to remain anonymous. “The situation wasn’t that favorable in the first half of the year, but it has improved starting in the third quarter as demand for automobiles and infrastructure businesses like construction have recovered.”

The spokesperson added that Joe Biden’s victory in the U.S. presidential election is expected to boost the steel business.

“Even if [President-elect] Joe Biden tries to boost the infrastructure businesses in the United States through the use of steel from local steelmakers, that means other countries that use U.S. steel will try to import from elsewhere. This will benefit local steelmakers too,” the representative added.

Such expectations have already been reflected in steelmaker shares.

“In 2021, the global steel market is expected to grow from the easing Covid-19 impact and stable steel market in China,” said analyst Park Sung-bong from Hana Financial Investment in a report on Nov. 12.