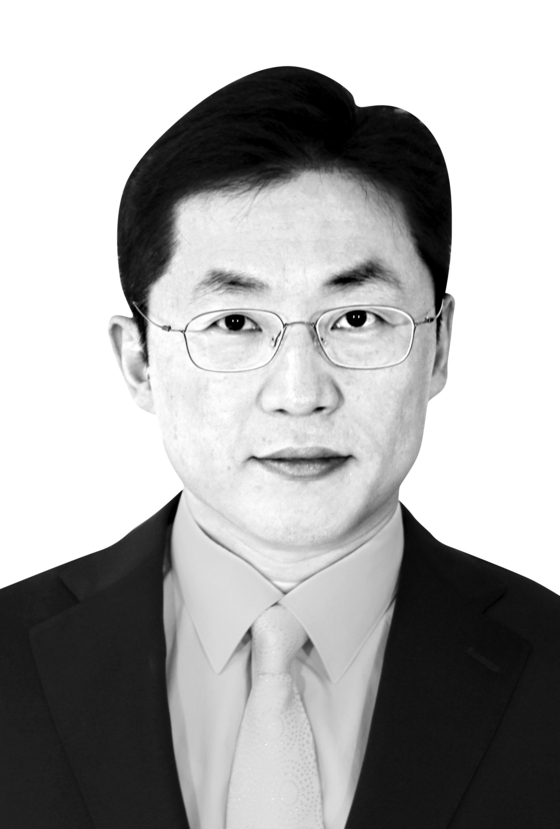 Jung Hyo-sik
The author is a deputy editor of international news at the JoongAng Ilbo.


The incoming U.S. presidential administration of Joe Biden will include China hardliners, but there will also be voices for cooperation, and Korea should encourage the United States to avoid stoking a new Cold War, said Jeffrey D. Sachs, a world-renowned economics professor.

In an interview with the JoongAng Ilbo on Thursday, Sachs, a Columbia University professor, said fostering cooperation, instead of a Cold War-style competition, with China is crucial to addressing the challenges of the Covid-19 pandemic, economic recovery, climate change, nuclear disarmament and peaceful use of digital technologies.

In the interview, which focused on the outcome of the 2020 U.S. presidential election and expectations for the Biden administration, Sachs warned against the idea of a new Cold War with China, a concept associated with the presidency of Donald Trump.

“It is important not to pursue a crusade against China,” he said. “That would be wrongheaded and dangerous for the entire world.”

Biden has been a strong backer of U.S.-China cooperation in the past, who supported China joining the World Trade Organization, but he also worked to send a strong message against China’s challenge to win the global hegemony throughout the campaign.

Biden made public his view toward China in a contribution to the Foreign Affairs’ March-April volume, titled “Why America Must Lead Again.” In the piece, Biden stressed that the United States does need to get tough with China, because it will “keep robbing the United States and American companies of their technology and intellectual property” and “keep using subsidies to give its state-owned enterprises an unfair advantage — and a leg up on dominating the technologies and industries of the future.”

Biden said the most effective way to confront the challenge is to build a “united front of U.S. allies and partners.”

When the United States joins together with fellow democracies, they will comprise more than half the global economy. “That gives us substantial leverage to shape the rules of the road on everything,” Biden wrote.

Sachs said he supports a stable, institutionalized cooperation. “We must avoid an anti-China coalition,” he said.

To prevent a new Cold War between the United States and China, Sachs also proposed that the two countries establish extensive government-to-government working groups on all key issues.

Sachs said Biden will offer practical solutions to crises facing the United States, such as the Covid-19 pandemic and high unemployment.

Sachs also described Biden as a “gentleman and a serious man” and an “experienced and level-headed” leader, as opposed to Trump.

In the interview, Sachs also praised Korea’s leadership in fighting the Covid-19 pandemic. He predicted that the Biden administration would be able to overcome the epidemic by implementing a combination of improved public health measures and vaccine coverage in 2021.

He predicted the global economic recovery will also begin next year and then gain strength in 2022 onward.

The following is the full text of the JoongAng Ilbo’s email interview with Professor Sachs. 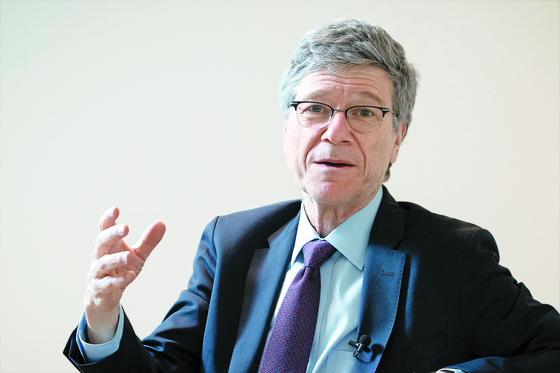 Jeffrey D. Sachs, a professor of economics at Columbia University, warned against the idea of a new Cold War with China in an interview with JoongAng Ilbo. [JANG JIN-YOUNG]

Q. Why do you think the American people chose Biden?

A. A majority of Americans want to heal the divisions caused by Trump’s hateful policies. Trump led with racism. Biden will lead with inclusion. Also, a majority of Americans want practical solutions to the deep crises facing the United States, including Covid-19, high unemployment, lack of affordable health care, and climate change. I believe that Biden will offer practical approaches to a more inclusive and sustainable economy.


Q. With Biden’s victory, what direction do you expect the United States to go from Trump’s “America First” policies?

A, Biden will support multilateralism. He will return the United States to the Paris Climate Agreement, the World Health Organization, the Joint Comprehensive Plan of Action with Iran, and other UN forums.

I hope that the United States aims for more cooperation with China, though opinion in the Democratic Party is divided on that point. In any event, the United States will be more stable and responsible, a huge advance over the narrow-minded nationalism of the Trump era.


Q. How do you interpret the voter enthusiasm of this presidential election?

A. The country is highly mobilized politically, but also deeply divided. The great challenge facing Biden is to reunite the United States. Trump was a relentless promoter of hatred and division, both within the country and internationally.


Q. Do you expect Biden will avoid a new Cold War with China?

A. The idea of a Cold War with China is terrible. We need to foster cooperation with China, to address challenges of Covid-19, economic development, economic recovery, climate change, nuclear disarmament and peaceful use of the internet and digital technologies.

The issues that unite China with its neighbors (including Korea, of course) and with the world are much stronger than the issues that divide us. We must strive for cooperative approaches. Korea should encourage the United States to avoid stoking a new Cold War.

Q. Biden and his foreign policy advisers have been tough on trade and intellectual property rights issues with China.

A. There will be China hardliners in the Biden cabinet, but I also expect there to be more voices for cooperation. This is a major issue for debate in the United States. The United States likes “crusades” against enemies. Such crusades are very naïve and dangerous, but such is the U.S. tradition (in Vietnam, Middle East, Latin America, etc.). It is important not to pursue a crusade against China. That would be wrongheaded and dangerous for the entire world.

Q. What alternative models would you like to propose in U.S.-China competitions?

A. I believe that the United States and China should establish extensive government-to-government working groups on all key issues: economy and finance, trade and industrial policy, climate change, cybersecurity, biodiversity conservation, regional and global security, denuclearization and others. In addition, there should be extensive Track II diplomacy by universities, think tanks and civil-society groups.

This is a crucial relationship not only for the two countries but for the entire world. We need stable, institutionalized cooperation, not unpredictable and hostile behavior as with Trump. We must avoid an anti-China coalition. Such an effort would be very dangerous for all.


Q. China’s military strength is growing in Northeast Asia, and we wonder if you expect the Biden administration to continue to compete militarily with China.

A. Once again, the first aim should be to negotiate about regional and global security, not to stoke a new arms race.


Q. Do you believe the Biden administration will succeed in controlling the pandemic in the United States?

A. Yes, by implementing a combination of improved public health measures and vaccine coverage in 2021.


Q. You have repeatedly praised the South Korean government’s Covid-19 control, but Korean people, like Americans, are experiencing tremendous economic pain. What do you think is a way to overcome or survive for a world citizen in this age of virus?

A. Korea has done among the best in the world in suppressing the pandemic. All kudos and thanks for Korea’s leadership. I would encourage Korea to work with the neighboring countries in the RCEP (Regional Comprehensive Economic Partnership) — China, Japan, Korea, Asean, Australia and New Zealand — for an Asia-Pacific strong and green recovery. The fact that Korea, Japan and China have all committed to decarbonization by mid-century (2060 in China’s case) is a great hope and the basis for a green recovery.


Q. Lastly, I would like to ask you when the U.S. economy and the global economy will recover from the pandemic recession?

A. The epidemic will probably peak in 2021 and the world economy will begin to recover in 2021 and then gain strength in 2022 onward. Much will depend on our ability to achieve global cooperation in ending the pandemic (e.g. sharing the benefits of new vaccines) and then in cooperating on a green recovery.