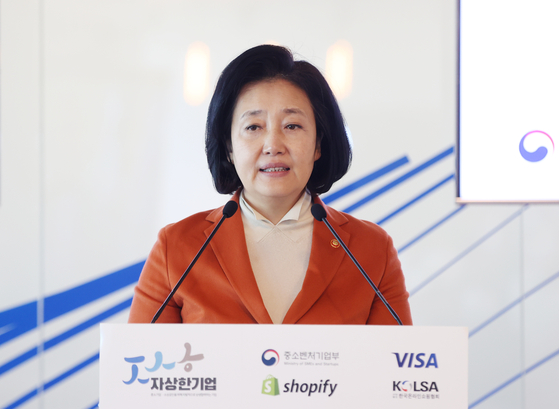 
Seoul residents may get the chance to elect a woman to the mayor's office for the first time, as two women have emerged as frontrunners in the April by-election to fill the vacancy created by Park Won-soon’s suicide. 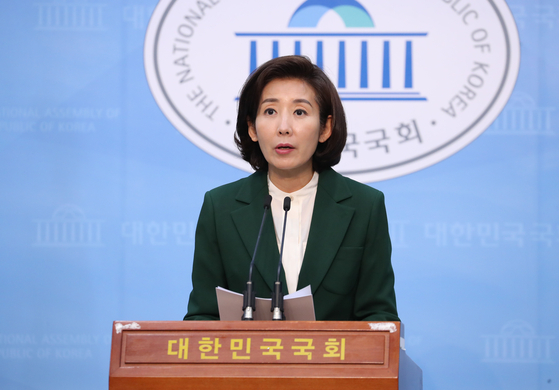 
Park is a fourth-term lawmaker from the ruling Democratic Party (DP) and a former reporter at MBC. A fierce critic of conglomerates, and Samsung in particular, she has headed the ministry since April 2019.

Na, who served four terms in the National Assembly, is one of the most popular female politicians in the PPP. In 2011, she ran in the Seoul mayoral by-election and won 46.2 percent of the vote, losing to Park Won-soon who secured 53.4 percent.

Commissioned by the Christian Broadcasting System (CBS), the KSOI conducted the survey on Friday and Saturday with 1,019 voters who reside in Seoul. The poll has a 95-percent confidence level and the margin of error was plus or minus 3.1 percentage points.

While many consider Park and Na to be strong candidates, they have not formally announced their bids.

According to the poll, Park was popular among voters in their 40s and 50s, while Na was favored by voters older than 60.

Park was more popular in the northern and western parts of Seoul, while Na received higher support in Seoul’s eastern and southern districts.

Among other candidates, Rep. Park Ju-min of the DP was in third with 10.8 percent and DP Rep. Woo Sang-ho was in fourth place with 6.3 percent. Former DP Rep. Keum Tae-sup and Cho Eun-hee, head of the Seocho District Office, each trailed with 6.1 percent and PPP Rep. Yoon Hee-suk registered 5.9 percent.

“When one party has a strong woman candidate, the other side also follows suit,” Yoon Tae-gon, a senior political analyst at The MOA, Agenda & Strategy Group, said in an interview with CBS on Monday.

Female politicians in the DP have said it is crucial for the party to field a female candidate, since the by-election is to fill a vacancy created in the aftermath of the DP mayor's suicide following his secretary's accusations that he had sexually molested her for years.

“We need to give a chance to a woman and show the people how things will be different when she has the power,” said DP Rep. Jung Choun-sook, who chairs the National Assembly’s Gender Equality and Family Committee.

Rep. Yang Hyang-ja, a member of the DP’s Supreme Council, said there has never been a female governor or mayor of the 17 metropolitan cities and provinces.

“Sex scandals are seen one after another, and we need female leadership to change the situation,” Yang said.

It remains to be seen if the next Seoul mayor will be a woman. Since the country introduced the local autonomous system and held the first local elections in 1995, no woman has ever won the mayorship or governorship.

According to the poll, 35.6 percent of the respondents said there is no appropriate candidate among DP politicians — the leading response to that question. Among the DP politicians, Minister Park was the most favored, with 23.6 percent.

Presidential contenders Ahn Cheol-soo, chairman of the PPP, Oh Seo-hoon, former Seoul mayor of the PPP, and former Rep. Yoo Seong-min were excluded in the poll.